Was this article useful?
Click the thumbs up >
FIAT has denied that production of the Croma is ceasing but it is no longer actively marketing the model in the UK, less than two years after its launch.

A spokesman for Fiat Auto UK said: ‘The Croma is selling well in Italy and other markets and will continue to be made in right-hand drive form.

‘However, we don’t feel we are in a position to give Croma the appropriate backing here in the UK, though we can continue to supply any customers that want it. It will still be on our price lists, but it won’t have the resources behind it that other models will have.’ 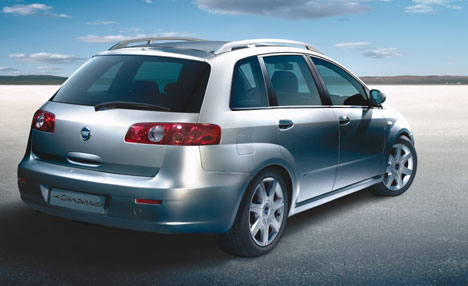 Considered a gamble by pundits on its launch in 2005, sales of the Croma have been poor, despite an overall improvement in fortunes for Fiat in the last year led by the new Grande Punto supermini. At launch, Fiat said it hoped to sell 5,000 Cromas in the UK during 2006, half of them to fleets.

But although the build and drive were considered competitive, high wholelife costs meant it was never a serious contender. Last year, Fiat sold just 827 units.

The name was revived in 2005 after the original Croma was canned in 1996 following an 11-year run.

The Guigiaro-styled car was based on the General Motors platform that also formed the basis of the Vauxhall Vectra and Saab 9-3. It was a ‘crossover’ vehicle, falling somewhere between the categories of estate and MPV.