Was this article useful?
Click the thumbs up >
NEW car registrations rose by 5.2% in January to 165,603 units.

The figures were largely boosted by supermini registrations which shot up by 18.7%, according to the latest figures from the Society of Motor Manufacturers and Traders.

Diesel registrations were up 11.7%r cent with 66,121 units registered in January.

'With a rise of 5.2%, new car registrations in January showed an encouraging start to 2007. This was the first increase in three months and the largest rise since December 2005,' said SMMT chief executive Christopher Macgowan.

'The supermini segment performed outstandingly well with an increase of 18.7% in new car registrations. This possibly reflects buyers taking such things as fuel costs, CO2 performance and interest rate movements into account more and more when purchasing a new car,' added Macgowan. 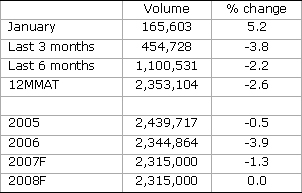 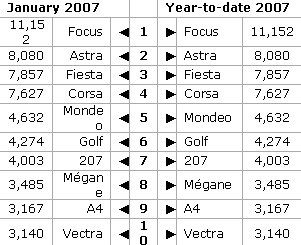