Was this article useful?
Click the thumbs up >
ORGANISERS of the Green Fleet Arrive and Drive event wanted to show fleet operators just what’s available to help them be more environmentally-friendly in their choice of vehicles.

The Green Fleet Arrive and Drive event showcased leasing companies and software providers, while manufacturers including Citroen, Honda, Toyota and Modec were on hand to show off their environmentally-friendly products.

However, questions were raised about the lack of exhibitors and the event’s location – is the green industry advanced enough for a large bespoke event? 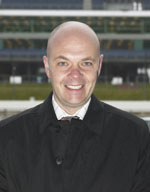