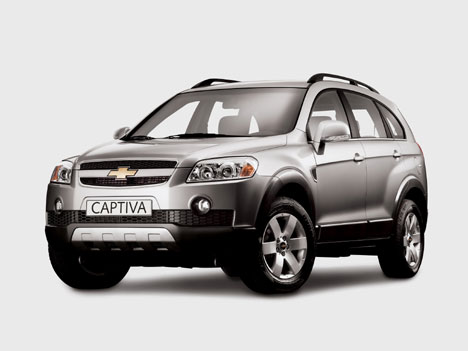 A raft of new models is set to turn Chevrolet into a major force on the UK motoring scene over the next few years.

The General Motors division will unveil a high-economy city car in the second half of 2009 and a new compact family model is due to appear soon afterwards.

A replacement Lacetti series is scheduled for early in the next decade, followed by a new multi-purpose vehicle.

Chevrolet UK managing director Rory Harvey said: “We are also working on the business case for a luxury saloon. The plan is for our models to be covering more than 50% of the market by 2012, compared with 20% at present. This is a huge opportunity.”

But while he claims the rapid expansion of the “high value” brand poses no long-term threat to sister company Vauxhall, Mr Harvey admits that the arrival of Chevrolet’s first SUV represents a showroom challenge. The Captiva (pictured) goes on sale this month, six weeks ahead of Vauxhall’s Antara, which shares 60% of its parts.

He added: “One of the challenges with cars that share a platform is to achieve benefits all round. We are trying to maximise opportunities for both brands, but it is a challenge. I’m sure customers will look at both vehicles before they make their choice.”

Speaking as he launched the Captiva nine months later than planned because of delays with right-hand drive engineering, Mr Harvey said differences in specification and trim would give Vauxhall versions a sportier, higher market position.

He said: “Captiva is intended to be a retail product, but we’re not going to ignore opportunities in the business sector. Of the 2,000 units we intend to sell this year, 400 will go to rental and contract hire fleets.

‘We have genuine fleet aspirations. Of the total of 19,500 registrations we expect this year, 7,000 will be fleet.

“This is an area of business we want to grow because it represents a significant part of our plans for the future.”