Was this article useful?
2 people found this useful
At a glance

How tidy do your van drivers keep their vans when they are out doing their job? 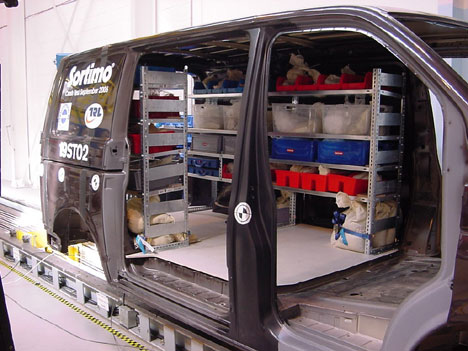 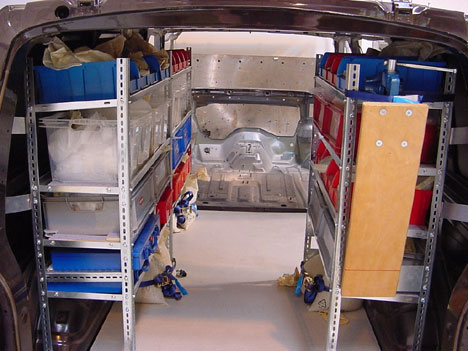 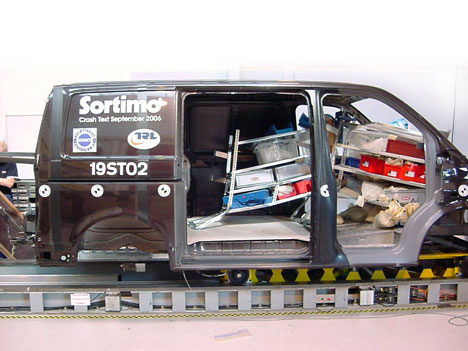 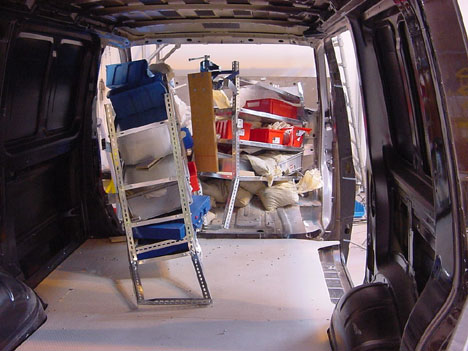 Van drivers are not noted for their fastidiousness. But good storage is not just about keeping up appearances. Badly loaded vehicles can be the difference between life and death.

And with duty of care on everyone’s lips, fleet managers need to take note of the dangers.

Think about what is in the back of a typical van – tools, equipment, various bits and bobs might have storage places, or they might just be chucked in.

But just because tools are in boxes doesn’t make them safely tucked away. Even the humblest of cargo can become lethal in the event of a crash. In a collision at 31mph, a 200g screwdriver is fired forwards towards the driver with a force of 8kg.

If a driver has 100kgs of equipment or tools in the back of his van, that turns into a series of projectiles with a weight of almost four tonnes.

Mike Neale is a research engineer at the Transport Research Laboratory (TRL), which is carrying out research into what happens to van cargo in the event of an accident.

“If the load is not secured it will travel at the same velocity and will only stop when it hits something and if you’re in the front seat that something will be you,” he says.

“Even something as small as a bolt can cause serious injury when it is flying through the air.”

Various firms and organisations are now starting to work together to raise awareness of the issue of load safety, including TRL and van racking firm Sortimo.

“It’s common sense – heavy stuff at the bottom to keep a low centre of gravity, that kind of thing.

With duty of care really coming up the agenda fleets are now having to look at what drivers are going to use the vehicle for, do a risk assessment and then make sure they are eliminating all the risks.”

Fleets that want a tidy van fit shelving, but unless such a move is well thought out it can make things even worse.

“If you use poorly designed racking systems they will not support the typical loads that occur in a crash,” Mr Neale says. “In fact, the racking can become projectile itself.

A DIY racking system can feel quite sturdy under braking or around corners but problems arise in a crash.”

Many believe a van’s bulkhead will protect them from cargo in the event of an accident – not so.

“Bulkheads are there to stop things if you’re going around a corner, but if you’re in an accident they will be severely tested,” says Mr Jones.

“A tremendous number of people use wooden racking which just disintegrates in an accident. Most people have no idea – they assume the bulkhead will protect them totally.

“Equipment will just punch a hole straight through a bulkhead at 30mph. We test without a bulkhead as a worst-case scenario, but we recommend having a manufacturer bulkhead.”

Exactly how much of a problem unsecured loads are remains unknown because so little research has been done on the subject. But TRL has enough history of accident investigation to know that it is a very real problem.

“It’s difficult to quantify the level of this issue,” says Mr Neale.

“We don’t have hard statistics on how many people are killed or seriously injured as a result of what’s in the back of vans. But we conduct investigations into accidents ourselves and have found instances where poorly restrained loads have caused injury.

“The Department for Transport says about 200 people are killed or seriously injured on a weekly basis while driving for work and the potential for serious injury or death increases with unsecured loads. It’s important to manage that risk.”

TRL has already tested van racking systems and vans without restraints in conjunction with Sortimo.

Recently it crash tested two vans in front of fleet industry figures to demonstrate the difference a properly secured load in a properly fitted racking system can make.

The van with the approved racking system fitted held firm at 31mph but the van with a DIY shelving system fitted – using the kind of materials available from home improvement stores – saw the shelving break apart and the 150kg payload fly through the driver’s cab with a weight equivalent to 11 tons.

“When we tried it with DIY racking and saw what happened, that really got people’s attention,” says Mr Jones, who hopes the interest raised by that test and another planned for July 4 will help awareness of the issue.

“If you don’t have that understanding of the crash situation you don’t appreciate the forces involved. We have many years of experience in that area,” Mr Neale says.

To reduce the risks of unsecured loads, fleet managers need to ensure that their vans are properly equipped.

This could be a case of strapping loose objects down, or going further and installing a racking system tested to ensure safety in a crash.

“Small objects need to be packed away so they don’t become little projectiles. A well-designed racking system will do that.”

TESTING AND THE LAW

TRL has tested with Sortimo, so is well placed to say that its space-frame aluminium racking systems stand up well in a crash.

“The law says crash test with 25kg in the back, the weight of a piece of luggage,” he says.

“It’s used for car crash tests to make sure luggage in the boot isn’t going to come forward and hit the driver. That’s what everyone applies in the racking industry, it’s the European standard.

“But the industry is asking questions. As a fleet manager you know your drivers will carry more than 25kg, and you’re concerned that you could be liable in a fatality if you can’t prove duty of care.

But for more detailed information, fleets will have to wait.

“Unfortunately there’s no best practice or guidelines out for anyone to follow,” Mr Neale says.

“The guidelines that are available only consider larger vehicles and refer to braking situations rather than a crash.”

Mr Jones says: “There’s nothing in the law, no best policy guidance, and nothing from the Department for Transport.

“We have a vested interest in driving the standard forward but it has got to be an industry solution. It needs to be the fleet companies, manufacturers of the equipment and an independent company such as TRL, which is bringing in insurance companies because there’s interest for them as well.

“To change the law will take eight to 10 years but if we can come up with guidelines in less than that people will work to them.”

Mr Neale added: “We need research and development and also to understand the extent of the problem. Until then we want to encourage people to consider this issue and manage the risks.”