Was this article useful?
Click the thumbs up >
Manufacturers eager to grab a share of the blue-light market turned out in force to the National Association of Police Fleet Managers’ exhibition in Wiltshire to demonstrate their products.

The show also gave manufacturers the chance to showcase some more unusual and eye-catching emergency vehicles – not all of which will make it into production.

Among those were a BMW Z4M Coupe with livery on just for display purposes, a Lotus Elise police car, a MINI Cooper ambulance, and a gleaming white Audi R8 supercar with blue lights flashing on the dashboard. 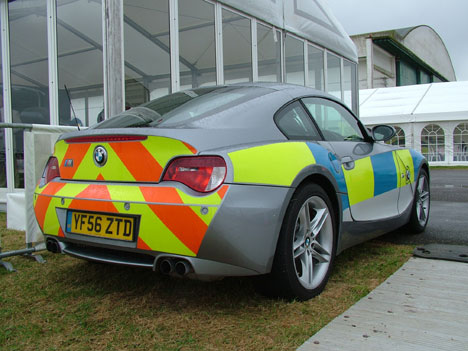 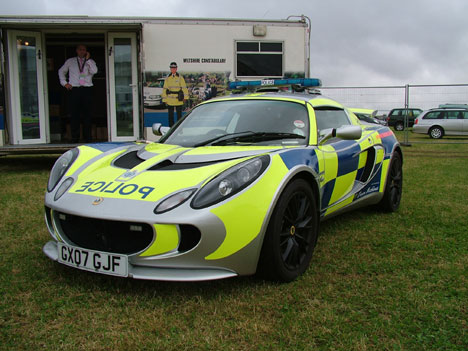 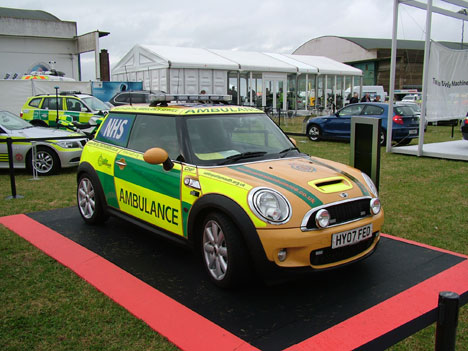 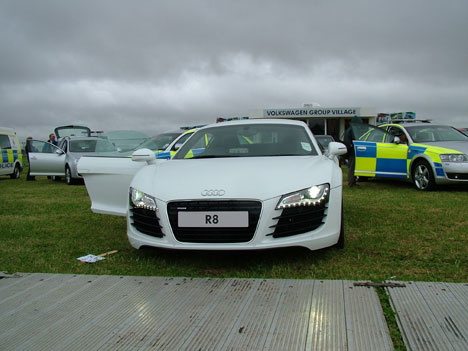 Although it caused misery for home owners, the recent flooding in the UK has been something of a boon for Land Rover.

Emergency services struggling to reach areas cut off by rising waters have seen the benefits of off-road vehicles, and Land Rover has seen enquiries rise.

“A few more police forces, ambulance services and the like think they might need some more all-weather vehicles in the wake of the recent floods,” said Dave Easton, Land Rover’s national account manager.

“There are a few more that think if this is what’s going to happen with global warming then it could be useful.”

Land Rover made extra vehicles available to emergency services during the floods.

The company was also showing off a liveried Freelander 2 at the NAPFM show. 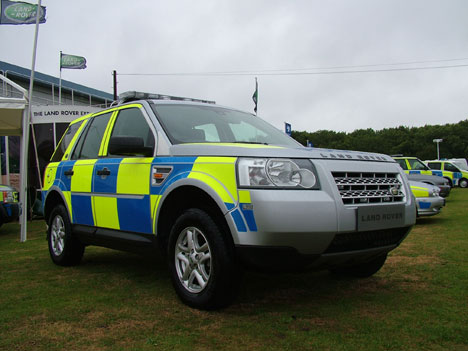 “Not everyone wants what a Defender or Range Rover will do for them – they might be looking for a rural beat vehicle that needs extra mobility off-road just in case,” said Mr Easton.

New vans and in-house equipping formed the basis of Peugeot’s presence at the show.

The Expert van was on the stand in three different guises, including a cell vehicle developed with West Midlands police and a dog van concept vehicle, developed with the help of Wiltshire police.

A long wheelbase Boxer van, kitted out as a Police Support Unit, was also on display.

As well as the vans, the forthcoming 4007 SUV was on show.

Developed with Mitsubishi, Peugeot was hoping to gauge reaction from the emergency services on where it could fit in with their fleets.