Special feature: The inside story of a car’s launch

Was this article useful?
Click the thumbs up >
The two-year tale of how Peugeot’s 308 went from the drawing board to the company car park

Getting a car to market is a long, involved process.

Not only in terms of the engineering but in making the decisions about equipment, prices and marketing to ensure that it has the best possible chance of fleet success.

So Fleet News followed the progress of the Peugeot 308 from drawing board to fleet choice list.

It’s the story of how an idea came into being – of the two years from conception to going on sale.

At this early stage, Peugeot UK sent the factory a top-level list of considerations when developing the new 308, which focused on residual values, service intervals, fuel consumption, SMR and wholelife costs.

Steve Fahey, 308 product manager, says: “As fleet – and specifically contract hire – business becomes ever more important for manufacturers looking for market share and profitable sales, getting this information to parent companies is vital so that they are aware of the needs of specific markets.”

In order to put their needs into context, Peugeot also sent Government fiscal and environmental trends and facts of life in the UK which matter to fleet operators, such as CO2, VED and BIK rates.

With a year until the launch of the car, representatives from Peugeot product marketing, fleet, retail, dealers and used cars meet for the first 308 sub-committee meeting.

Steve Fahey: “That’s when we’ll look to build our range, and getting input from everybody at Peugeot helps the balance: clarity of range, customer perspectives, price and range walks.

“The meeting’s aim was to look at positioning in the market, features it needed to have fitted (ie ABS, air conditioning, ESP).

“It also looks at sales plans and where the customers are going to come from: ie fleet or retail, Motability, SME and leasing.

"Volumes for 2008 and 2009 are also set so the factory is aware of the UK requirement in the mid to long term.”

Alongside the fleet element of the launch, there is the media programme to plan. Andrew Didlick, head of PR, Peugeot UK: “All the international PR heads meet at the Geneva Motor Show to discuss launch plans: where, when, how we will launch it.

“Then there are ongoing meetings in the UK about key messages, with a product manager and somebody from the press office present to talk about development of the messages: quality, refinement, range of engines, environmental impact, and so on.”

Part of the press office’s job is to manage when the media shows the car to the public.

If material, technical details or pictures find their way into the public domain too early, they can affect sales of the current car, or might even be just plain wrong. And controlling that can prove difficult.

“We want to let the world see the car on our terms, so we try to limit advance exposure, but it is getting harder and harder.

“There are so many spy photographers out there, and with cameras on mobile phones, any member of the public could get a shot at any time during testing.

“And the 308 is a big car for us, so requires a big marketing campaign, TV ads, brochures and press images, which means the car is out in the open, somewhere in the world, for a prolonged time.”

Around this time manufacturers start looking to the industry to get its views.

Getting the specification, prices, trims and other elements of the car right is crucial, not only to attract customers in the first place but also to ensure residuals are strong when the cars are defleeted.

Experts from the residual value predictors such as CAP, EurotaxGlass’s and Emmox are invited to see the cars.

“Although they are often static presentations it gives us a good feel for what it will be like when it’s launched.

“Getting independent people in provides a sanity check. Sometimes manufacturers get so engrossed in their new models that it takes somebody to come along and ask: ‘Are you absolutely sure about the badging, engines, model line up, specification or price?’

“We’ll put together reports on market positioning, pricing and specifications and talk through what they’re doing.

“When they are caught up in the excitement of their new product they can sometimes get it very wrong.

“They will say: ‘the competitors are these cars’, and we’ll say they’re not.

“Sometimes manufacturers can simply think their car is much better than it is, and sometimes you have to tell them that they are positioning the car in the wrong market – that they have fooled themselves into thinking it’s something that it isn’t.

“We benchmark the car against what we think, rather than what they say.” 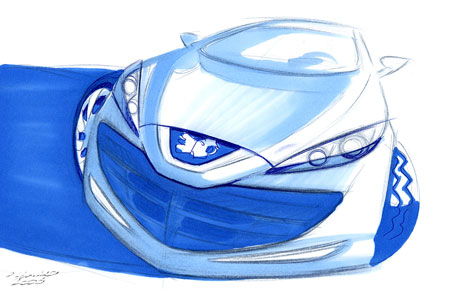 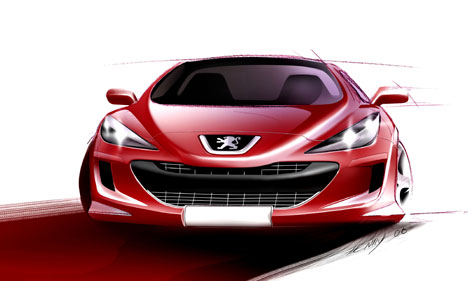 A month later, the top 20 leasing companies were shown the car for the first time and given an indication on pricing, sale dates and residual values.

For Peugeot, getting the 308 contract hire quotes are a major consideration.

Leasing companies are now treated nearly like dealers with all key information such as price and specification being fed to them directly by email as soon as Peugeot gets it from France.

Product manager Steve Fahey says: “What we did this time round was a presentation linked in with wholelife costs to give them an overview and structure and pricing strategy.

“It’s really important to ensure you share the information at the appropriate time.

“Spec must be pitched at your own market, as getting user-choosers is vitally important.

“Two to three months ahead, it needs to be in the system so leasing companies can start to quote, as well as being able to demo the vehicles and generate results and ideas of volume.

But the whole thing is linked into press office activity for the launch, such as first pictures, releases and so on, and there is lots of internal discussion about the right time, as well as making sure the industry signs confidentiality agreements and understands and sticks to embargo dates.”

June 20
First pictures are revealed to the world’s media.

June 21-23
A dealer business meeting is held in Birmingham and then staff are flown to Sochaux in France, where 5,000 dealers from across the globe see the car for the first time. They get a detailed run-through of the product for the first time.

Steve Harris, fleet and leasing director, says: “This sort of event can work really well, but we needed to get permission from head office in Paris to do it, and ensure confidentiality agreements were signed, giving out no price lists and making sure nothing was taken away.

“But getting fleet operators to see the car early and start thinking about it is vitally important.”

The 308 committee meets to talk through final prices and then contract hire and PCP offers, APRs and launch offers.

Steve Fahey: “For fleets and manufacturers, having prices and specs about two to three months from launch is about the perfect balance.

“Too early and you could affect residual values of the run-out model, as well as finding that dealers and salespeople take their eye off selling the current model.

“And, of course, the earlier details about the car are out there, the more time the competitors have to formulate plans to counter the new model’s effect on them.”

August 20
Dealer sales staff and dealer principals drive the 308 for the first time in secret in the UK on a disused airfield.

The focus is particularly on how the car will appeal to the small/medium businesses which Peugeot sees as a major customer opportunity for the new 308.

Steve Harris: “It’s a training event where Peugeot staff can drive the vehicle and understand how the car works.

“It’s about cascading knowledge and enthusiasm throughout the whole network.

Late August
Peugeot confirms supply conditions to the leasing sector to enable them to quote in early September, when orders can then be taken.

“By the actual launch, if the manufacturer has done it properly, they already know what we think, and we’re just there to see how the car drives for the first time and evaluate that, rather than worrying about prices, specs and so on,” says Martin Ward.

“All that we’re doing is trying to create a good used car – one that becomes desirable and saleable. If we can help do that then we help the manufacturer and fleets.

“Manufacturers need to think more often of their exciting new car as a used one – it spends almost all its life used – and what used buyers want in terms of equipment, colours, engines and so on.”

Orders start to be taken from fleets. All of the Peugeot fleet sales team will be driving a 308 from late September.

Fleet demonstrators will be out at the end of September to all major fleet customers, as well as dealer demos for private customers to try.

Just because the car is now on sale, launch activity does not wind down.

In fact, now is a key period to ensure the growing momentum of the last two years is not lost.

There is a nine-month post-launch programme of advertising, marketing and sales activity, including a roadshow to leasing companies.

Steve Harris: “We’ve put on a roadshow with 20 of the largest leasing companies. It’s especially useful to show their office-based teams.

“They have a very important role to play, in terms of how we market our vehicles to the end user.

“They talk to fleet managers on a daily basis and it’s important they understand the products and are advocates of them, sharing our enthusiasm.

“There’s nothing worse than a car being launched and a customer phoning and for them to say ‘we don’t know’.” 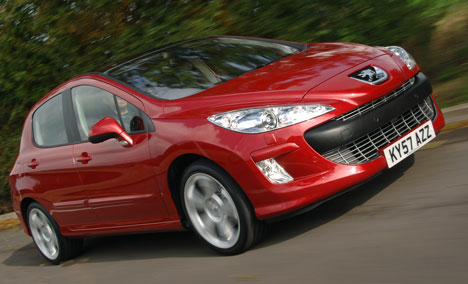