Volvo has unveiled the first production pictures of its forthcoming crossover car, the XC60.

Due to be unveiled next month at the Geneva Motor Show, the car is touted as the safest Volvo ever by the corporations president, Frederik Arp.

It is the first car to feature Volvo’s new City Safety system, designed to avoid low-speed impacts of the kind often seen in city traffic.

The car will automatically brake if it detects a vehicle in front of it and the driver does not respond.

At launch, the car will have a choice of three engines – a 281bhp turbocharged T6 petrol unit and two D5 diesels with either 185 or 163bhp.

All-wheel-drive is fitted as standard, but a front-wheel-drive 2.4-litre diesel engine will be available next year.

The XC60 will appear in UK showrooms from October. 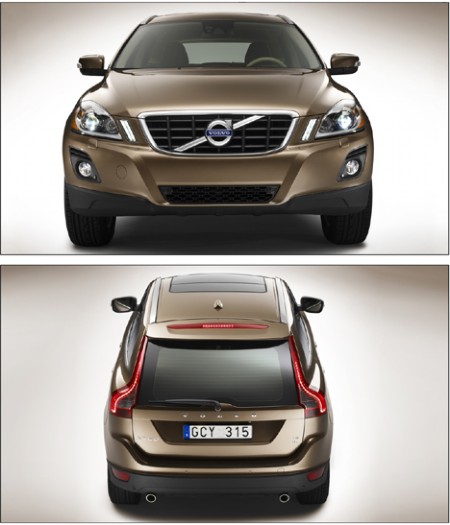