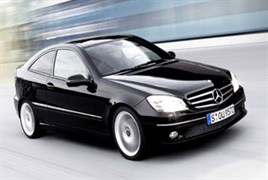 The new CLC coupé represents a key element of Mercedes-Benz’s strategy to get younger people into its cars for the first time.

The German marque has spent two years putting together a corporate programme that continues its efforts to get rid of the brand’s ‘old man’ image.

When the CLC – the brand’s entry-level coupé model – goes on sale in June, Mercedes-Benz hopes to have developed relationships with several large, as-yet-unnamed professional organisations that represent around half a million drivers.

Colin Niklas, national corporate sales manager for Mercedes-Benz Cars, said: “CLC is an opportunity to infiltrate into some fleet markets that historically we have not done so.

“We know they have been buying cars, but through normal retail channels.

“We want to forge a relationship with them on a corporate level – buying through retail channels means there is no targeted approach to make sure we get exclusivity.

“One of the organisations we’re looking at has 7,000 interns a year from university. We want to get them while they are young.”

The CLC’s predecessor, the C-Class Sports Coupé, sold around 65% to the retail market and 35% to corporate buyers.

But Mr Niklas plans to change that split to 50/50.

The key opposition will come from the likes of BMW’s three-door 1 Series and Audi’s A3, and Mr Niklas believes the Mercedes-Benz brand, competitive specification and pricing will tempt potential buyers away from such rivals.

“It’s a Mercedes-Benz at a price premium that is competitive, and they will choose the Mercedes-Benz because of the brand,” he said.

“It’s about making people aware of the brand heritage and everything else Mercedes-Benz offers and having a marketing strategy and programme that appeals to a younger audience.”

That marketing strategy includes two CLC ride and drive days at Silverstone and Croft circuits during June, as well as web-based promotion and ‘digi-products’ – high-tech email advertising that goes out to more than 20,000 end users.

The C-Class Sports Coupé sold between 6,500 and 7,000 each year, and the CLC is expected to at least match that.