A guide to the most popular small vans in the market. 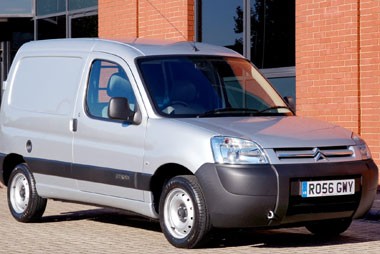 THIS van has proved a huge success story for Citroën.

Since its launch in 1996, the Berlingo and its twin brother the Peugeot Partner have sold no fewer than
3,200,000 examples worldwide and this van won the Fleet News small van of the year award no fewer than five times on the trot.

A series and nips, tucks and facelifts over the years have
ensured it still kept its freshness, so much so that when the new Berlingo is launched in the UK this summer, this old version will carry on being sold as the Berlingo One.

Enterprise models cost an extra £350 but feature ABS brakes, and a nearside side sliding load door. 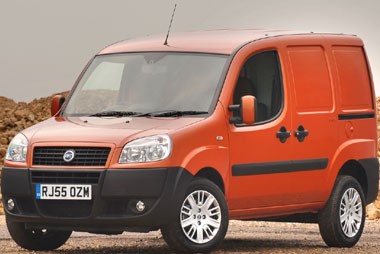 FIAT went for wacky looks and a trendy cab interior when it launched this van and while some people love it, the Doblo
Cargo has never quite captured the fleet buying imagination, which is a pity as it’s a cracking vehicle to drive.

The Doblo Cargo boasts a higher load volume than the Berlingo (3.2 cubic metres) and a more powerful 1.9-litre JTD diesel engine with 105bhp on offer.

There is also a 1.3JTD unit with 75bhp on tap which should suit most fleet needs admirably.

This engine also features in the Vauxhall Combo. A 1.4-litre petrol unit completes the line-up, with 77bhp.

Payload is 730kg, while ride and handling on this vehicle are superb and the newer models have a rather more conservative interior.

SX variants offer ABS brakes as standard, together with twin side sliding load doors, which seems a tad over the top for a vehicle of this size. 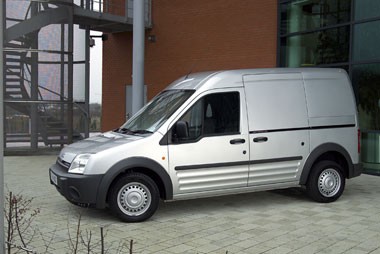 FORD wisely used the Transit name when it launched this vehicle to replace the old Escort and Courier vans.

The Transit Connect, unlike its rivals, is available in short and long wheelbase formats and low and high roof too.

It is noticeably more chunky than the others, although its higher gross vehicle weight means CV rules and speed limits apply.

Despite its size, the smaller models have less load volume than, say, the Citroën Berlingo at 2.8 cubic metres against 3.0, although in LWB hi-roof format this rises to 3.7cu m.

Ford has ditched its petrol model and now solely offers a 1.8-litre common rail diesel with either 75bhp, 90bhp or 110bhp.

Payload ranges from 625kg to 900kg, and a side sliding load door comes as standard on long wheelbase models. 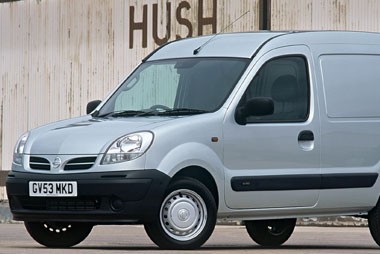 IF this van looks a little familiar that’s not surprising – it is a rebadged Renault Kangoo.

Nissan now offers most of the Renault van range in this form after the French took over the Japanese maker at the back end of the last millennium.

The tie-up means that Nissan has one of the biggest van ranges on offer and also as a smaller player we can assume that its salesmen will be working extra hard to clinch deals.

The Kubistar is not quite a match for some of the rivals in the power department.

The 1.5dCi diesel powerplant offers either 68bhp or 85bhp while a 1.2-litre petrol has 75bhp. Many, however, would say this is plenty for fleet purposes.

Load volume is slightly under par too at 2.8 cubic metres while payload rages from 620kg to 800kg.

However, the van is very well specced and will delight most drivers with its excellent ride and handling. 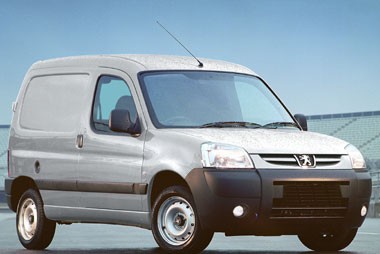 THIS van is a twin brother for the Citroën Berlingo and rolls off the same production line at Vigo in Spain.

Like the Berlingo, it has been immensely successful since its launch in 1996 and when the new Partner arrives in the
summer, this version will still be sold at the Partner Origin.

There have been several facelifts over the years to ensure that it does not lag behind the rivals and even now the Partner is in big demand.

Load volume is a respectable 3.0 cubic metres while payloads range from 600kg to 800kg, the average for the sector.

As this vehicle nears the end of its life, Peugeot has launched a ‘Professional’ edition which adds side loading door, half height bulkhead with mesh grille, air con, pollen filter and
reflective windscreen for £325 extra.

The cost of the extras separately would be close on £1,000. 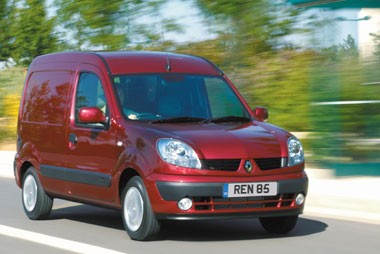 RENAULT’S chic hi cube offering first broke ground back in 1996 and although it is due to be replaced this summer, the
current model still tells a worthy tale for fleet purposes.

The Kangoo has always suffered in terms of sales at the hands of the Citroën Berlingo and Peugeot Partner and indeed
it has slightly smaller load volume of 2.8 cubic metres against 3.0 cubic metres but it boasts an astonishing array of
engines – 1.2 petrol with 75bhp, 1.6 petrol with 95bhp and three 1.5dCi diesel units offering 60bhp, 70bhp and 85bhp.

A folding passenger seat and swivelling bulkhead boost the Kangoo’s load volume to 3.0 cubic metres while owner/drivers can spec up their vans
with the Venture special edition which for £11,295 adds air conditioning, metallic paint and the aforementioned folding seat.

Meanwhile ride and handling are exceptional. 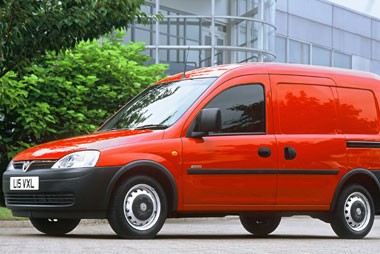 THE Vauxhall Combo is a rather dull but nevertheless willing workhorse and has sold well thanks to a lot of big fleet deals by the Luton manufacturer.

It is one of the few vans in this sector to offer a crew-cab version and there is also an Easytronic auto option on some models.

Load volume is on a par with the rivals in the sector at 2.8 cubic metres and a fold-down passenger seat option raises this to a more than respectable 3.2
cubic metres.

Payload, too, just about matches rivals at between 595kg and 810kg.

The 1.3 unit is also found in the Fiat Doblo Cargo, such are the vagaries of the automotive world nowadays. 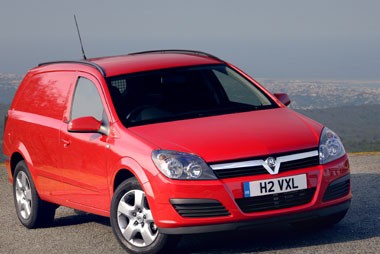 THE Vauxhall Astravan is unique in this sector by being the only truly car-derived vehicle.

Dating back to 1982, this van is now in its fifth incarnation and 80% of buyers have already bought one before, which says a
lot for its attractiveness.

The Astravan offers a high level of standard specification including driver and passenger airbags and ABS brakes with EBD.

Buyers who want to treat themselves can opt for the Sportive model which boasts sports seats and alloy wheels.

While payload is on a par with the others in the sector, load volume lags behind at just 1.58 cubic metres.

Ride and handling understandably beat the other models in this sector. 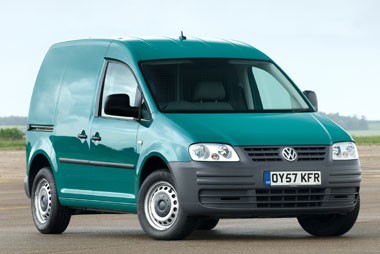 THE Volkswagen Caddy can justifiably claim to be the best in the sector as just this month it won the coveted title of Small
Van of the Year at the Fleet News Awards.

The SDI normally-aspirated diesel pumps out 69bhp and 104lb-ft of torque while the livelier turbocharged TDI offers 104bhp and 184lb-ft.

Load volume is well up with the rest at 3.2 cubic metres while payloads are meaty at 815kg and 819kg.

There is also a DSG auto gearbox on offer which gives the same fuel economy figures as the manual.

Watch out for the even large Caddy Maxi in the coming months.