With a new Indian owner at the helm, Land Rover has launched a fresh model – and this time it’s a commercial vehicle, even if it doesn’t look like one.

The Land Rover Freelander 2 Commercial even has tinted glass at the rear, but open the back doors and in place of the rear seats is a smooth load floor.

S versions include 16-inch alloy wheels, electric heated door mirrors, five airbags, a full height bulkhead with a mesh top half and a full length rubber mat in the loadspace.

Payload is around 655kg (depending on how many extras are added) and load volume is 1.67 cubic metres.

Under the bonnet is a single offering – Land Rover’s 2.2-litre TD4 diesel engine offering 118bhp and a meaty 295lb-ft of torque, which will tow 2,000kg and return 35.8mpg on the combined cycle.

The Freelander is the ideal vehicle for those who don’t want an LCV but something that will impress the Joneses.

The general build quality of this vehicle can be judged even before entering it.

The doors are solid and heavy and close with a satisfying snick.

Once inside, the cab exudes a quiet air of style and opulence, and the seats are big, firm and comfortable, with nice deep squabs. 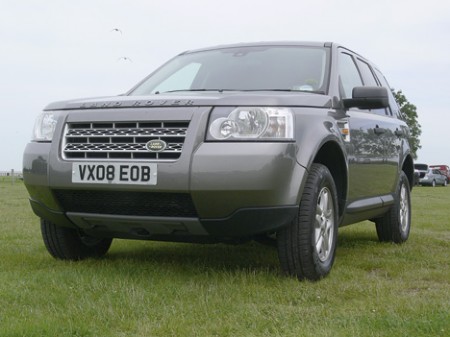 Although the load volume is only half that of your average hi-cube van such as the Citroën Berlingo, the Freelander offers a good square loadspace which is accessed at the back via a tailgate.

The floor is completely flat, which means that heavy loads can be slid in and out, and the rear portion lifts up to reveal the well for the full-size spare.

Once fired up, the turbodiesel engine is smooth, quiet and never intrudes into the serenity of the cab.

The clutch is a different matter – it’s as stiff as a northerly November gale and seems to come right out of a 1948 Defender.

You do get used to it in the end, but it’s a bit of a shock at first.
General ride and handling are superb – suspension soft enough for everyday roads but hard enough to keep its head in the rough – and it’s while underway that you come to appreciate just how much of a gulf exists between top performers like this and some of the cheaper imitations.

The vehicle is permanently in four-wheel drive mode, which obviates the need for a second gear lever, and there’s a button to be pressed on the centre console which automatically slows the vehicle down on steep hill descents. 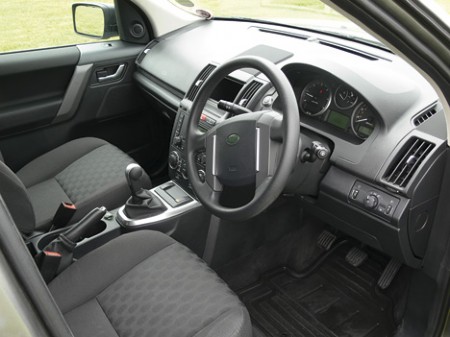 We never really rated the old Freelander but this second generation model is a different matter altogether – a sharp looker that drives as well on the road as off it.

And, of course, being a Land Rover, residual values are likely to be better than those of its rivals.