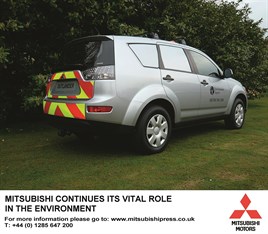 The Environment Agency must reform its company car scheme and find savings of up to £3 million a year to help fund Government cuts.

Officials have told Fleet News a review is already underway and is being carried out by its chief funder, the Department for Environment, Food and Rural Affairs (Defra).

It made the announcement last Wednesday, after its own budget was slashed by 30% over the next four years, and is expected to reveal its findings on the Environment Agency’s car leasing policy in the spring.

“There could be possible changes around eligibility to the company car scheme, while more opportunities will also be looked at for car sharing,” explained an Environment Agency spokesman.

“However, a balance will obviously have to be struck between staff being able to do their jobs and vehicle numbers.”

The cut to the Environment Agency’s company car bill was suggested through the Treasury’s ‘spending challenge’, where public sector employees and the wider public were asked to propose where possible efficiencies could be found.

However, the suggested savings of up to £3 million will only form a small part of the overall £700 million cut to Defra’s budget, revealed in the Comprehensive Spending Review.

And, it comes at a time when the Environment Agency, which is responsible for regulating the waste industry and managing flooding, is already facing a radical overhaul following the massive shake-up of ‘quangos’ announced recently.

The Coalition Government said that it expects it to “dramatically” reduce the Environment Agency’s “back office costs”. This will inevitably mean job losses amongst its 12,000 permanent staff, some of which may qualify for a company car, and comes on top of a £30 million cut to its 2010-11 budget - down from £659 million to £629 million.

But it remains to be seen how easy it will be for its fleet to find further savings, after already cutting its budget by £10 million in the past two years.

Better funding options, a reduction in vehicles and improved fuel efficiency made those savings possible. Defra will have to hope it can cut costs further if it’s to meet its spending commitments.