Nigel Stead to step down from Lex Autolease 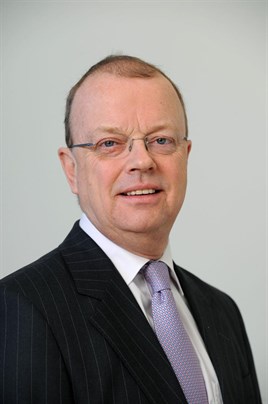 One of the fleet industry’s most influential and recognisable personalities, Nigel Stead, is to retire and step down from Lex Autolease next June after 10 years at the helm.

Rick Francis, currently operations director, will assume Nigel’s responsibilities at the end of the year as part of a succession plan, which coincides with the final stages of Lex Autolease’s integration.

David Oldfield, managing director of asset finance and chief operating officer at Lloyds Banking Group Wholesale, says: “Nigel has done a terrific job leading our contract hire businesses in its various guises over many years, including the tremendous task of leading the integration of Lex Autolease.

“I wish him all the very best for the future, but we are also delighted to have Rick taking over as managing director. We have every confidence that he will continue the good work Nigel has started in driving Lex Autolease forward and helping the business flourish.”

Most recently, he was appointed contract hire director of Lloyds Banking Group in March 2009 to lead the combined Lex and Autolease businesses, which operate a fleet of over 300,000 vehicles.

Stead says: “Next year will sadly be my last, but this is an entirely personal decision, made after much thought and soul searching. It’s gratifying to leave the business in the hands of a talented, devoted and highly experienced team, led by a very worthy successor in Rick.

“I have always made it my business to put our customers’ needs first and I’m sure that ethos will continue to emanate through the entire fabric of Lex Autolease. I have had a wonderful time and will miss a great many close friends, colleagues and associates.”

Francis, presently operations director for Lex Autolease, will take over from Nigel as contract hire director on January 1 and report directly to David Oldfield.

Francis is well known to the Lloyds Banking Group asset finance division having been appointed to his current role in March 2009 and more recently taking on a lead role in Lex Autolease’s integration programme.

Before that, Rick had a number of senior roles including managing director of Bank of Scotland Vehicle Finance, interim managing director and finance director for Lex Vehicle Leasing before becoming head of operations for HBOS Mortgage Intermediaries. Before joining the Group in 2002, he had a varied career in life and pensions brokering and manufacturing.