Fleet managers are key to cost cuts in public sector 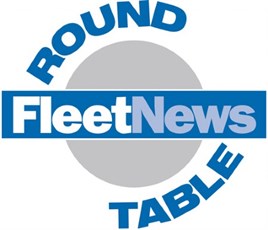 Public sector fleets that outsource their services and fail to retain an in-house fleet professional risk losing out of the level of savings required following the spending review.

The views expressed at a Fleet News public sector roundtable were unequivocal – employing a fleet professional will deliver savings.

“The spending review has brought focus to managing costs, efficiency and rationalisation,” said Graham Hine, transport manager at the University of Warwick. “Any organisation that doesn’t have a professional fleet manager will be missing out on saving costs.

“HR, purchasing and others will be making decisions where they don’t understand the consequences – they won’t know if they are being charged too much, they won’t know what to look for or where to go, so they won’t be saving the money.”

Before the spending review, fleets feared the worst with predictions of 25% cuts commonplace.

However, while the full effects of the review are yet to be realised, most are now anticipating year-on-year budget cuts of less than 10%.

“We are looking at a 7% cut year-on-year,” said Phil Clifford, fleet and technical manager at St Edmundsbury Borough Council. “If we get newer vehicles with better fuel consumption, that will help but it will get tougher as we get into it.”

Hine, who had already cut costs by 5% prior to the spending review, plans to switch around 60 leased vehicles to outright purchase.

“The Government has nailed its mast on the shared services agenda,” said Clifford, who has successfully linked up with neighbouring Forest Heath District Council for refuse services and is considering doing the same for cleansing. “But if there are no results after a year we will probably see a mandate.”

John Harris, commercial development at Milton Keynes council, added: “There have been lots of meetings on partnerships but not much action.”