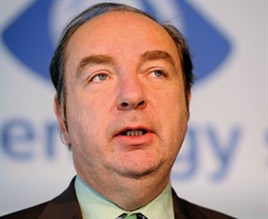 The CO2-based method of costing benefit-in-kind taxation was introduced in 2002 as a way to encourage company car drivers to choose lower carbon emitting cars.

However, some experts have raised concerns about the system’s compatibility with electric vehicles.
They believe taxation levels should take into account wholelife CO2 emissions rather than focusing on the tailpipe.

Electric vehicles have no tailpipe emissions but are responsible for CO2 emissions during production and when being charged from the national grid.

Despite a clutch of manufacturers launching electric vehicles next year, including Nissan, Mitsubishi, Peugeot, Citroen and Renault, under-secretary of state for transport Norman Baker said that, for now, there would be no change to BIK taxation system.

“ does reflect the new technologies in that if you have an electric vehicle then the emissions are lower,” he told Fleet News.

“But we are not wedded to that particular matrix forever. We will have to look at it in years to come but it’s probably got 10 years’ life in it.”

Before any changes were made, he added, there would be full consultation with the fleet and manufacturer sectors.
Baker also reinforced the Government’s support for electric vehicles over and above other alternative fuels such as CNG and biofuel.

“CNG, LPG and biofuels can reduce carbon emissions; electric cars have the potential to remove it altogether.

“If we are looking at a 50% cut in carbon emissions by 2050, which is a huge, huge challenge, we have to de-carbonise transport entirely,” he said.

“Electric cars offer that opportunity in a way which the others don’t.

“The other alternatives offer help along the way to fill the gap but not the final solution.”