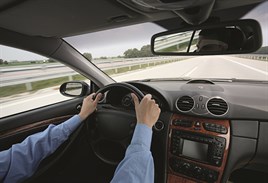 New car sales to fleets and businesses were up 19% in March compared to the same month last year, according to figures from the Society of Motor Manufacturers and Traders.

At one level, March looked like a return to business as usual compared to last year. In early 2008, short-time working and a determination to reduce stocks meant that a lot of manufacturers were cutting back on fleet activity, but figures we have seen about self-registrations in March 2010 show that most car companies are back to their default mode: fighting like cats in a sack for fleet registrations. However, there were two factors that were new and significant.

Firstly, Ford threw a hand grenade into the fleet market by re-aligning the prices of the Mondeo, S-Max and Galaxy by 10%-12% depending on the specific model. Rather than being a knee-jerk response to a sudden fall in sales (after all, Ford had a good 2008 in market share terms), it is the result of over nine months of planning.

Ford came to the conclusion in summer 2009 that discounts were not the antidote to high list prices, for the simple reason that, in the words of MD Nigel Sharp, “You can’t discount your way out of P11D costs.” Hence Ford embarked on a round of discussions with CAP and Glass’s about how it could cut list prices without harming residuals.

Having demonstrated that transaction prices would remain unchanged, Ford is confident that residuals will not be harmed. It is certainly an interesting move – Ford marched some of its competitors up to the top of the hill in terms of pricing, and now it has scampered half-way back down again.

The second factor is that there appears to be something of a structural shift in the market. Car manufacturers are reporting that corporate fleets have been moving into short-term contracts. Customers are increasingly reluctant to commit to long-term deals until they feel more confident about the UK economy and want to know they can give back cars if things fail to improve. Manufacturers have to hope that a clear election result in May will lead to longer-term commitments by their customers.

At a manufacturer level, Ford extended its lead over still-troubled Vauxhall, despite growing by less than the market average. However, the big news is the re-emergence of the French. As the fleet boss of a competitor put it, “Last year they just battened down the hatches and waited for the storm to pass. Now the hatches are open again and they are swarming out.” Renault, in particular, is blazing away – it will be interesting to see what the long-term effect will be on its policy of 2007-2009 to concentrate on profit, not volume.

The other nationality on the march is Korea, especially Hyundai. After years of being a retail brand, Hyundai has suddenly become a major fleet player. All its mainstream models have increased fleet sales by over 100% so far this year, but the i20 is up by a factor of five. That means the i10, i20 and i30 are all major players in the fleet market and turns the level of competition up another notch. The cats are not going to be calming down any time soon.