Emergency Budget: What it means for fleets 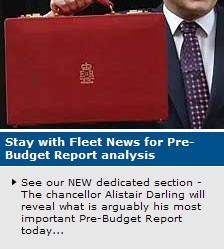 In George Osborne’s first budget, there was a variety of measures that will have a direct impact on fleet running costs.

There are two significant changes to the tax system that will have the most impact – the change in VAT and the change to capital allowances.

The rise in VAT from 17.5 to 20%, which comes into force on January 4, 2011, will impact fleets - both those that lease their vehicles and those that buy them outright.

Companies that lease their vehicles can only recover 50% of the VAT on the finance element of the contract (i.e. not the maintenance if that is included).

The BVRLA is currently petitioning HMRC to raise this to 70%, but this would need EU approval.

Fleets that buy their vehicles outright must not only find the extra 2.5% in VAT to fund their vehicle replacements but are unable to recover this cost if the vehicles are used for private use as well as on company business.

The changes to the capital allowance tax system sees the rates that companies can claim back for the expense of buying a company vehicle reduced. This means it will take longer for them to recover these business expenses.

The “real killer” said tax expert Alastair Kendrick is the reduction of the rate down to 8%, which is likely to be applied to cars that emit more than 160g/km of CO2.

The cost of company cars that emit less than this benchmark can now be reclaimed at a rate of 18% down from 20% before the budget.

“This will mean lease companies will be out of pocket,” said Kendrick. “So fleets should expect an increase in costs.”

However, the lower rates of corporation tax also introduced in the emergency budget should offset most of these additional lease costs, points out the BVRLA.

Also adding to fleet costs is an increase in the insurance premium tax, which rises by 1%.

This means fleet insurance premiums will attract a 6% tax.

There is also a fear that the increase will mean there will be a greater number of uninsured drivers.

"Increases in Insurance Premium Tax are worrying as they could lead to more uninsured drivers,” warned Edmund King, AA president.

“Car insurance premiums are rising very quickly as insurers struggle to replenish reserves depleted by underwriting losses. I believe we will see premium increases of up to 20% this year, for the second year running.”

Companies struggling with rising bills to refuel their vehicles were given good and bad news after the chancellor announced that on one hand fuel duty would not rise, but on the other VAT would go up by 2.5%.

Fleets are still facing the previously announced rises in fuel duty, which will see the Government increase duty by 1p in October and a further 0.76p plus the extra VAT in January.

These increases will add an extra 4.6p to fuel prices in addition to any price increases introduced by the oil companies and fuel retailers.

However, most fleets will be able to recover the VAT element of their fuel costs.
The chancellor opted not to introduce a fuel stabiliser, although he did say that he will explore ways to bring stability to pump prices.

“We agree that as the cost of fuel continues to rise that the Government should look again at their promise for a fair fuel price stabiliser,” said King.
With petrol now averaging 118.3p a litre and diesel 120.75, the VAT rise and duty increases would push the pump price of petrol to a new record high of 122.93p a litre and diesel to 125.43ppl.

Other indirect tax changes could also add to fleet costs, as Ken Trinder, head of business development, Epyx, said: “With so many major vehicle leasing companies being owned in part or completely by banks and other financial institutions, it will be interesting to see if the new £2 billion annual bank levy has any impact on the sector.

"It should, in the long term, reduce bank appetite for risk, so it is very much a question of whether the banks view vehicle leasing as a risky venture or one with a long term, profitable future. The indications we see suggest that now the economy has stabilised and is slowly starting to grow following the recession, the latter is very much the case.”