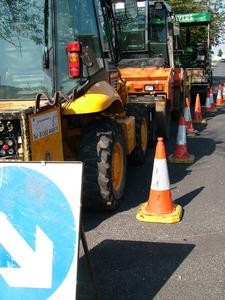 Dozens of road schemes have been put on hold including plans for £1.1bn worth of improvements to the A14.

Local councils have been told to stop any projects where contracts had not yet been awarded, even if they had been given the green light by the previous administration.

The Department for Transport said schemes worth £2.7bn are now under a spending review, which will be reporting in the autumn.

After that it will be confirmed which, if any, improvements will get the go ahead.

He said it is now “very unlikely” that any schemes not yet fully approved will be able to begin construction before the end of 2010/11 and the headroom for any new construction starts in 2011/12 is likely to be limited.

In addition to the A14 improvements, the other 62 road programmes affected are mainly ones where councils had applied for DfT funding. These include the Mersey Gateway toll Bridge scheme, the Bath city transport package and improvements to the M1 and M6 link road.