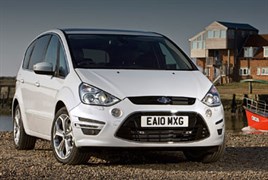 Ford has strengthened its fleet presence and is continuing to innovate in spite of the economic downturn and pricing issues for the Blue Oval brand.

It endured four price rises in 2009, before its list prices were cut for its larger models in April, yet it still managed to increase its fleet share by 3%.

Further price cuts to its small and medium range – Fiesta, Focus and Ka – will follow in August in the final stage of a price realignment programme that will see list and transaction prices more closely aligned.

“Given the ride that most Detroit-based manufacturers have had, our ability to be on the front foot has helped us succeed,” explains Kevin Griffin, fleet operations director at Ford.

“Eighteen months ago everybody was looking at Ford and Detroit-based manufacturers in terms of doom and gloom. But now look at how much product we’ve got coming out and the technology we’ve developed.”

Ford has certainly refused to rest on its laurels, scooping two titles at this year’s Fleet News Awards. Its Easy Fuel device won Best Technical Innovation, while the S-Max was named Best MPV.

Easy Fuel prevents petrol being put into a diesel-engined vehicle, a common occurrence, especially in fleets where drivers often get behind the wheel of different cars.

“It’s a real unique selling point for us,” says Griffin. “It’s just so simple, 100% reliable and is saving fleets money from a fix point of view and the resulting downtime.”

The awards judges said the S-Max’s design and driver appeal ensured it retained its MPV crown.

However Ford’s EcoBoost engine, which can improve fuel economy by 20% and cut emissions by 15%, has almost gone unnoticed.

EcoBoost engines are already being used in S-Max, Galaxy and Mondeo, with smaller derivatives of the engine to follow.
“What we’ll be able to do is drive down CO2 and MPG without having to opt for diesel,” says Griffin. “It’s a complete win-win for our customers.”

Ford will also bring the new C-Max to market in the last quarter of this year and the eagerly awaited Focus will hit showrooms at the start of the second quarter in 2011.

“In terms of product, we’re in a better place than we’ve ever been before,” says Griffin. “And where the Focus is concerned, there’s a fair amount of interest already from fleets.”

Ford’s fleet strategy will in future focus on ensuring its dealer body is able to offer the same service across the board to its fleet customers.

“It’s very difficult when you’ve got the number of dealerships we have, with small retail dealers and larger dealers,” says Griffin.

“They’re all engaged in fleet; they find fleet good business for them, but we’re talking to them about the appropriate levels of service and how we can improve it.”

Alongside its dealer body, Ford has a corporate team to look after its largest accounts, with 14 people in the field, 10 more in its business centre, three employees liaising with contract hire companies and 0five working with the dealers to look after its small fleet business.

“Fleets tell us to excite and delight their drivers, give them reliability because downtime is very expensive and then talk to us about how we can make things more efficient and more effective,” adds Griffin.

“That conversation is pretty critical, hence why I’m pleased I’ve got such an experienced team, hence why the business centre is so important to me, hence why we want to get the dealer body engaged more and make sure they’re all on the save wave length.

“We have to offer our customers everything in its totality.

"It’s not just about having great, pretty cars and vans, it really isn’t, and I’d like to think that’s where the team really come into their own.”