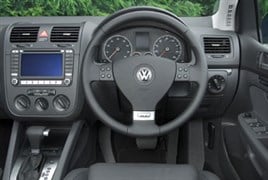 Fleets will be adding more automated manual cars to their choice lists in future as car manufacturers and their suppliers focus on transmission technology to reduce CO2 emissions and improve fuel efficiency.

Although enhancements can be made by adding extra gears to conventional torque-converter autos, it brings diminishing returns.

However, advanced dual-clutch transmissions (DCTs), such as Volkswagen’s DSG, are unlikely to account for more than 10% of gearboxes in European-market cars till at least 2015, according to figures from Ricardo, partly due to their cost.

Automated manual transmissions, however, are cheaper to develop. “If efficiency is your only goal, then an AMT can’t be beaten”, said Getrag's Rolf Najork, pointing out that AMT works particularly well with stop-start systems.

However, Ricardo is developing both electronically-activated ‘eAMT’ and an electrohydraulic system. Group director Lee Sykes says that technology such as KERS (F1-style kinetic energy recovery) is easily integrated and more efficient dry clutches give further potential for improvements.