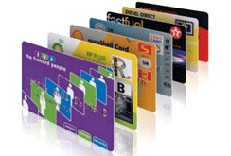 40% of fleets with more than 25 cars and vans are not using fuel cards, according to research into fuel buying by MIB Data Solutions.

The company asked 616 companies how they acquired fuel and received the following responses. The results do not total 100% because some use more than one method of purchasing:

Nick Boddington, managing director, said: “While prices have fallen slightly in recent months, fuel has been the fastest rising cost facing fleets in recent years, so the lack of managerial attention the subject receives from some fleets is difficult to explain.

“Those using fuel cards have the highest degree of control over their fuel spend while those with bunkered fuel and local accounts have at least some - but that still leaves around one in four or one in five fleets who abdicate responsibility completely.

“Fleets using credit cards or pay-and-reclaim have no way of easily seeing where fuel is being bought, how much drivers are paying, who is using excess fuel and even whether fraud is occurring.”

Boddington added that, from anecdotal feedback recorded during the research, fleets that did not use fuel cards simply appeared unaware of their advantages.

He said: “Many seem to be of the opinion that fuel costs are not something that can really be managed, that you just have to pay whatever the retailer wants to charge you. However, once the advantages of fuel cards in terms of tracking and controlling spending are explained, they do often respond positively.”