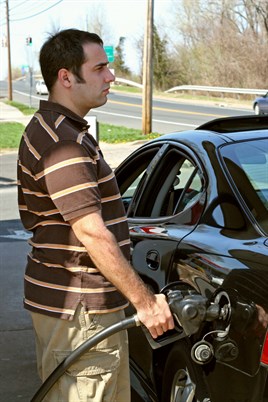 In a letter to the Chancellor of the Exchequer, he details concerns for the independent petrol retailing industry ahead of the autumn statement.

Although the previous Government’s ‘escalator’ will be replaced by a ‘fair fuel stabiliser’, the precise mechanics of this new scheme have yet to be announced.

Road fuel volumes have plummeted since 2008 from a combination of high taxes and high global oil prices which produced record levels at the pump of 137ppl for petrol and 143ppl for diesel in May this year.

Despite Brent Crude oil prices falling from around US$125/barrel to a recent low of US$100, wholesale prices to UK retailers in £/litre have remained stubbornly high, partly a result of the weakening pound sterling.

Madderson said: “What remains as the backbone of this new stabiliser package is the in real terms inflation element plus VAT.

The next fuel duty increase on 1 August 2012 seems set to follow the stabiliser format and with RPI forecast to peak in the New Year close to 5.5%, this could result in another 4ppl tax hike.

If these proposed fuel duty increases were to be implemented, together they would add up to an 8ppl tax hike in seven months – a level never before seen in the UK.

Madderson continued: “The impact will be to take a massive £3.5billion out of the consumers’ pocket next year when every household and business is already under immense financial strain. It is the antithesis of fair taxation to which this Government is pledged.

“With unemployment hitting a 17-year high this month, most retailers worrying about falling demand trends, the UK economy failing to ignite, inflation still climbing and independent forecourts continuing to close the Government needs to address this smouldering tax bomb with the Chancellor’s Autumn Statement.

“It cannot be right to press ahead with either of these crippling tax hikes next year, so the Government must announce cancellation of both planned duty increases without delay.”