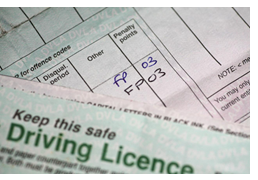 Calls for drivers who clock up 12 points or more to be automatically banned have been backed by two-thirds of fleets.

Research has revealed that 43% of drivers in Britain who have 12 points on their licence are not being disqualified.

Many are successfully pleading that losing their licence would cause ‘exceptional hardship’, despite being caught driving uninsured, using a phone at the wheel or speeding.

Road safety charity Brake and Direct Line analysed data provided by the Driver and Vehicle Licensing Agency (DVLA) and found that 10,072 drivers with 12 points or more have kept their licence, while 13,449 drivers are disqualified.

“We are asking the Government to act quickly to address this appalling situation,” said Julie Townsend, Brake campaigns director. “When the points system was designed, it wasn’t intended that nearly half of drivers with 12 points would evade disqualification.”

Data from the DVLA also revealed a driver in Bradford had totted up 32 points – the most in Great Britain – after being caught driving uninsured four times, receiving eight points for each offence.

In Manchester, a driver was caught driving uninsured five times and has kept their licence. They received six points for four of these offences, and seven points for the fifth.

Meanwhile, there are five drivers in Great Britain with 30 points on their licence and, while one of them was caught speeding seven times, as well as driving uninsured and running a red light, they are still able to drive.

Townsend told Fleet News that it’s time for the Government to get tough with these “irresponsible and potentially deadly drivers”.

“Motorists who repeatedly flout traffic laws have shown complete disregard for the lives of other road users,” she continued.

“They have also had ample opportunity to desist breaking the law before reaching 12 points and facing disqualification.”
In an online poll, 64.6% of respondents told fleetnews.co.uk that drivers should be banned, supporting Brake’s call to toughen up the law.

Rick Young, fleet manager at Wakefield and District Housing, said: “I personally feel that all those who reach 12 points should receive a ban, but perhaps the actual length of the ban could be subject to individual circumstances.”