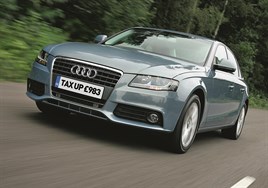 Thousands of company car drivers could see their BIK tax rise by hundreds of pounds from April through changes to the threshold for higher rate taxpayers.

The Government is reducing the threshold at which the higher 40% tax rate is paid at the same time as increasing the level at where employees start to pay income tax.

According to a report by the Institute of Fiscal Studies about 750,000 employees will be dragged into the higher rate band, and it estimates that a further 850,000 people will follow over the next three years.

Anyone affected by the change driving a company car will see their BIK tax payments rise, at the same time as thresholds increase for cars emitting CO2 from 130g/km to 225g/km. HMRC estimates that around 110,000 company car drivers will be affected.

They are already likely to be sat in the grey area where the benefit in kind on their company car when added to their salary takes their total income into the 40% tax bracket.

Therefore, they will already be paying 20% BIK on an element of their company car with the rest taxed at 40%. But as the theshold comes down, their entire company car BIK could be charged at the 40% rate.

April also witnesses the introduction of a 50% top rate of income tax for high earners. There will also be an increase in employer’s Class 1A National Insurance contributions from 12.8% to 13.8%, increasing the burden on businesses of providing company cars.