Clampdown on smoking in company vehicles 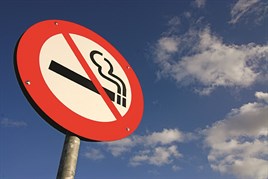 Tendring District Council and Essex Police are stopping company vehicles across Essex during March in an effort to catch employees illegally having a smoke.

Anyone caught smoking in a company car or van faces a £50 fixed penalty fine or being taken to court and issued with a £200 fine and a conviction.

Council wardens and uniformed police officers are checking inside the vehicles for used ashtrays and the smell of smoke, and if they find evidence of smoking they will also alert the drivers’ bosses and employers who could also be fined.

Smoking in work vehicles was made illegal under the Health Act in 2006 which banned smoking in all vehicles used primarily for business purposes by more than one person.

Employers could face a fixed penalty notice of £200 or a maximum fine of £1,000 if convicted by a court if they have failed to display no-smoking signs in their staff vehicles.