TISPOL Conference to focus on dangers of drugged driving 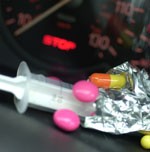 The annual conference of the European Traffic Police Network (TISPOL) will be putting the spotlight on the problem of drugged driving on Tuesday and Wednesday, September 27 and 28, 2011, in Manchester.

Although research into the topic is ongoing, and frequent educational campaigns warn of the dangers of driving while impaired by drugs, far too many people are unwilling to recognise the risk they pose by getting behind the wheel, says TISPOL.

Different legislation and enforcement regimes are in place across Europe. For example, Belgium introduced roadside saliva testing for drugs late in 2010, while scientists and policymakers in Norway are finalising the details of new drugged driving legislation that will come into effect in 2012.

The experiences from both countries will be shared at the conference, with presentations from Jean-Pierre Blocken, head of the Belgian Police Knowledge Centre, and Norwegian expert Professor Jorg Morland.

As well as focusing on drugged driving issues, the conference takes the theme of ‘The challenges facing road safety’. Speakers include: Phil Gormley, Chief Constable of Norfolk Constabulary and the ACPO lead on road policing; Michael Brown, Director of National Highway Transportation Safety in Washington DC and former head of the California Highway Patrol.