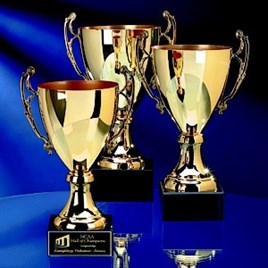 London-based Barry Warner was awarded ‘2wheel’ courier of the year. The judges praised him for his long-standing service in the courier industry, having worked for CitySprint for 17 years, delivering to customers across London and notching up an average of 75 miles per day navigating London’s busy roads.

Warner recently appeared in a featured article in a national newspaper focusing on the life of a London cycle courier.

Meanwhile, Bristol-based Joanna Haines won plaudits for her customer relations skills and for her dedicated work on the development of CitySprint’s Bristol ServiceCentre.

Patrick Gallagher, CEO at CitySprint, said: “We are delighted that both Barry and Joanna have been recognised by the industry with these accolades. They are both great ambassadors for CitySprint.”

The National Courier Awards, now in its 15th year, recognise and reward excellence in the SameDay delivery market.