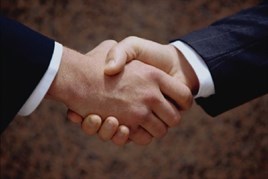 Fraikin has appointed Tony Ware to the role of major account manager, a newly created role that entails him overseeing the commercial and relationship aspects of new and existing accounts. He will be supported by the existing team of local account managers.

Ware previously worked as a sales director at Newton Vehicle Rentals and Hitachi, as well as Ryder Logistics and City Truck Group, where he was commercial director.

Shane Saliba has also joined the company taking the reins as general manager of the central midlands, based at Fraikin’s new flagship 15,000 sq ft branch in Oak Tree Road, Coventry.

Peter Backhouse, Fraikin’s chief executive officer, says the roles are vital if the company is to meet its bold growth ambitions.

He added: “Tony and Shane are a big step forward for us and an important addition to our operation. Fraikin is committed to finding the best talent in the sector and these two latest appointments reflect that dedication.”