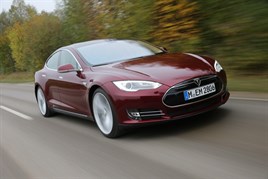 Tesla has unveiled a pure electric, executive saloon called the Model S that will send shock waves through the fleet market.

Where range anxiety had provided the major stumbling block for fleets operating electric vehicles (EVs), Tesla has comprehensively kicked the issue into touch.

The Model S boasts a 300-mile range on a single charge – three times more than the 100 miles currently offered by other EVs on the market.

It uses a new platform developed in-house that is laid out like a skateboard and houses a flat lithium-ion battery under the floor of the car which powers a compact electric drivetrain between the rear wheels.

This innovative design also puts pay to the boot being severely compromised because of the battery taking up more than half of the typical load space. 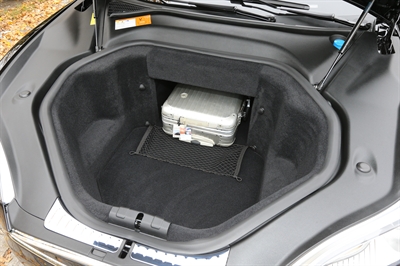 In fact, with no internal combustion engine at the front, even more storage space is provided, putting it way ahead of its rivals in terms of volume.

A right hand drive version will be available in the UK towards the end of next year and it’s expected to be priced to compete against its conventionally powered rivals.

The American manufacturer has already received 13,000 pre-orders for the left-hand version, and it’s looking to produce 20,000 units in its first year of production. 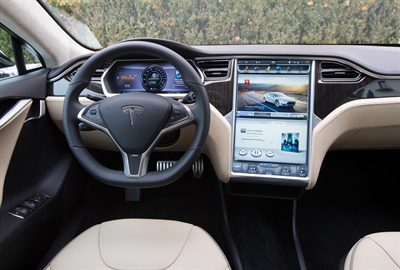 However, it believes the UK fleet market provides it with an exciting opportunity, especially considering the tax incentives available and the rising cost of fuel.

It has definitely thrown down the gauntlet to critics of the technology and with the Model S it has also produced a car that is worthy of its premium status.

The car can effortlessly achieve 0-60mph in only 4.4 seconds and a luxurious interior that features a 17-inch in-dash touchscreen, which Apple would be proud of, adds to its appeal.

Read next week’s Fleet News for a full review and analysis on what the Model S may mean for the fleet market.