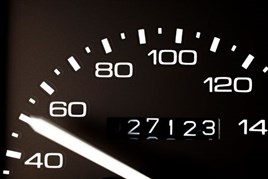 The Freight Transport Association (FTA) has welcomed the announcement from the Department for Transport (DfT) that it will be consulting on the speed limit for Heavy Goods Vehicles (HGVs) over 7.5 tonnes on single carriageway roads.

FTA has long campaigned on this subject, supporting the reduction of the speed differential between HGVs and other vehicles on single carriageway roads.

According to the DfT the policy objective is to maximise the benefits of travel to society, taking into account the sum of economic, environmental and safety outcomes by considering a change to the current 40 mph maximum speed limit for HGVs over 7.5 tonnes on single carriageway roads.

The intention is to ease unnecessary congestion which forces time delays for motorists whilst reducing the temptation for risky overtaking manoeuvres felt by motorists.

The intention is also to level the playing field for businesses, as HGVs which are travelling above the maximum speed limit currently have a competitive advantage over those that are adhering to the maximum 40 mph speed limit.

Malcolm Bingham, FTA head of road network management policy, said: "We believe that firstly it will reduce the number of incidents where drivers overtake or attempt to overtake slower moving HGVs who are simply complying with the national speed limit.

“We know from observations by FTA members drivers on these roads often become impatient and take unacceptable risk to get by goods vehicles.

“Another issue that has been raised is the acceptability of travelling at higher speed than set by the national speed limits. DfT figures indicate that many drivers may exceed that 40 mph limit on these single carriageway roads.

“Whilst our members would not want their drivers to disobey any speed limit and many feel that it is inappropriate behaviour to do so; it creates a stressful situation when driving a vehicle at a lower speed than others particularly when other road users try to encourage the HGV to move faster.

"Legitimising a new speed limit will take away the stress felt by all drivers in these circumstances which we believe will lead to improved road safety."