CitySprint to recruit hundreds of couriers ahead of Christmas 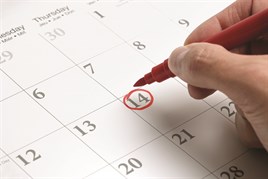 CitySprint has said it could take on as many as 300 couriers in anticipation of its busiest Christmas period yet.

Figures released by CitySprint reveal that during last year’s festive season the number of retail orders handled by CitySprint increased by 272.4% in November and 318.7% in December 2011 compared to the monthly average for the rest of the year. CitySprint’s busiest day for retail deliveries was the 23rd December, showing that consumers are increasingly leaving their Christmas shopping to the last minute.

CitySprint made over 500,000 UK deliveries in November and December 2011, and predicts that volumes will be even higher this year.

Patrick Gallagher, ceo, CitySprint commented, “We’re anticipating that this will be our busiest Christmas yet, so we’re pulling out all the stops to make sure we’re ready for the ‘rush’, and we’re urging our retail customers to do the same.

“The home delivery landscape is hotting up. Consumers’ expectations are higher than ever and shoppers now expect delivery to be on their terms. The retail and delivery industries need to work together to make sure that they are offering consumers delivery options that suit their lifestyles this Christmas. And above all, they need to be prepared,” he added.