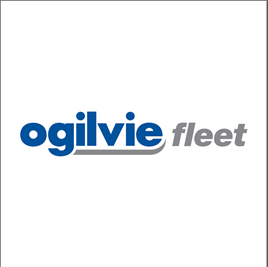 And the first move has seen the Northampton-based charity place an order for 40 Honda Civics powered by the marque’s new 120 PS 1.6-litre i-DTEC diesel engine which offers CO2 emissions of 94 g/km and combined cycle fuel economy of 78.5 mpg.

The charity was planning to opt for models from another manufacturer, but its new partnership with multi award-winning Ogilvie Fleet highlighted the cost-saving benefits available for both the organisation and its company car drivers from the Civic, powered by the newly introduced engine.

The benefits were highlighted by the leasing and fleet management company’s unique Ogilvie True Cost, which takes the established principle of whole life costs as its base and then adds in crucial additional financial elements to provide customers with a far more accurate representation of the actual costs associated with vehicle operation.

Within 48 hours of the first meeting with the MNDA’s local retailer, Avonvale Honda, a deal was struck and the first 25 cars will be delivered early in 2013.

Ogilvie Fleet sales and marketing director Nick Hardy said: “We beat off stiff competition to win the MNDA contract as a result of our flexible and tailored approach.

“Initially the Civic wasn’t on the charity’s three-strong shortlist of cars. But we highlighted the cost-saving benefits of the 1.6 litre engine and a deal was quickly struck.

“This year Ogilvie Fleet has won a string of major independent awards for our customer service and our work with the MNDA is just another example of our focus on helping customers to save money in these austere times.”

Additionally, critical to the contract win was Ogilvie Fleet’s ability to deliver a complete online solution for their fleet manager and drivers through its MiFleet Showroom and MiQuotes platforms.

The MiFleet Showroom is a full-data system that enables fleet decision-makers to manage their vehicles across all key areas including vehicle orders, invoicing, vehicle service and MoT dates, fleet vehicle renewal dates and employee driver licence checks and then drill down to compile a range of reports to meet their own requirements.

Meanwhile, MiQuotes enables drivers the ability to select new vehicles directly, though completely in line with their fleet policy.

Phil Day, the charity’s site services manager, said: “As a charity with a one-model fleet of 40 vehicles, we were looking for a car with strong fuel economy, innovative design and cleaner emissions.

Kelly Birks, Avonvale Honda’s business development manager for corporate sales, said: “Since the order book opened on the Civic 1.6 diesel there has been a lot of interest because it’s all about saving people money. To do that for a charity, so more money can be put back into helping people, is especially rewarding.”

Ogilvie Fleet, which is headquartered in Stirling with offices in Birmingham Sheffield and Northern Ireland, provide contract hire, leasing and fleet management solutions for UK and European companies operating vehicle fleets ranging from five to 2,000+ units.

The fleet today totals almost 11,000 vehicles, making the company one of the largest independent contract hire and leasing specialists in the fleet sector.