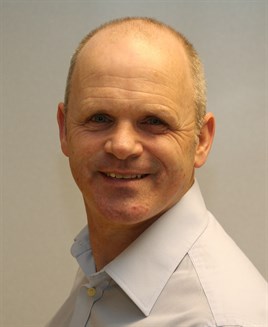 Frank Harvey has been appointed head of the RMI’s National Association of Bodyshops (NAB) with effect from January, 2013.

Harvey has worked within the body repair sector for the majority of his working life. After starting his career as a coachbuilder he moved on to become a staff engineer at a number of leading motor insurers.

He went on to become group operations director of the Karl Vella Group where he oversaw a number of bodyshop operations.

Harvey specialises in training and support for the body repair industry, skills that will prove extremely beneficial in his new role.

Stuart James, RMI director, said: “I am extremely pleased for Frank on his new appointment, he brings a wealth of knowledge to the position and I know he will continue to drive NAB forward. I wish him all the very best in the role.”

Harvey said: “My track record within the Body Repair sector shows my strong support for the Industry.

“I look forward to working with the NAB team in delivering credible representation and services to our members.

“As the leading trade association in the body repair sector, the NAB is best placed to offer the sector what it needs and I am very pleased to now be part of that.”