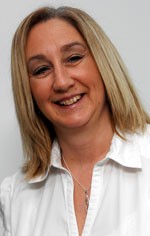 Hype around the popularity of fashionable company car salary sacrifice schemes is outweighing real-world take-up, according to the findings of a survey by leading fleet decision-makers’ organisation, ACFO.

Its online survey, which attracted responses from members and non-members collectively operating almost 27,000 company cars and employing almost 250,000 people, revealed just 1,464 cars were being operated via a salary scheme.

It means that company cars provided under a salary sacrifice scheme accounted for 5.5% of the combined fleet operated by survey respondents with just 0.58% of employees taking advantage of such an initiative.

The survey - believed to be the first of its kind to measure company car take-up via salary sacrifice - revealed that a fifth of respondents (20.3%) already had a salary sacrifice scheme in place with almost a third more (32.7%) currently evaluating a scheme.

The study also highlighted that existing car salary sacrifice schemes were more prevalent among larger employers with 10.2% of companies with more than 1,500 cars having implemented a scheme, compared with 6.1% of employers operating 251-500 company cars and 4% of employers with 51-250 cars. Meanwhile, smaller organisations - those with less than 50 company cars - were most likely to have no interest in such a scheme.

However, organisations across all sizes of fleets from less than 50 cars to more than 1,500 said they were currently evaluating whether or not to introduce a car salary sacrifice option.

ACFO chairman Julie Jenner said: “There has been a great deal of talk and media coverage of salary sacrifice schemes as a major development in the UK fleet market and, not surprisingly, providers talk up the market and suggest that take-up has exceeded expectations.

“However, our survey reveals that take-up would appear to be significantly below that indicated by many of the providers of such schemes. Organisations may have a large number of employees and may have implemented schemes, but the reality would suggest that car salary sacrifice only appeals to a miniscule number of employees.

“Whenever a new product is brought to the market, it is inevitably heavily hyped by providers but the reality often proves to be somewhat different.”

She added: “ACFO is not opposed to company car salary schemes. Indeed salary sacrifice is one of many useful tools in the vehicle funding and employee benefits toolboxes and its popularity may indeed rise in the future, but it is not a panacea.

“As with all vehicle funding and employee benefit solutions, car salary sacrifice should be taken into account alongside many factors including funding and tax issues, employee recruitment and retention issues and business reasons.”

Most vehicle leasing and fleet management service providers now offer some forms of car salary sacrifice scheme, which rely for their viability on the differential tax and National Insurance contribution treatments of ‘cash’ and ‘benefits’.

Tax experts at Deloitte recently estimated that there could be as many as 150,000 cars being provided through salary sacrifice schemes (click here for the Fleet News article).

Ms Jenner said: “That estimate would appear to be significantly higher than that indicated by the data ACFO has collected through the survey, which would suggest that vehicles supplied through company car salary sacrifice schemes only account for a tiny fraction of the overall UK company car parc.”