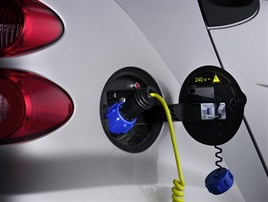 The high price of electric cars is the biggest turn-off that deters motorists away from buying electric cars, according to new research.

A high price tag was the biggest disincentive for majority of over a third (37 per cent) motorists when it came to considering buying an electric car, a recent survey run by TheGreenCarWebsite.co.uk reveals.

In second place with 29 per cent was the limited range that electric cars offer compared to conventional, combustion cars. A lack of charging facilities (20%), concerns about the car’s battery lifespan (11%) and a lack of model choice (3%) also concerned motorists but to a much lesser extent.

With lower price electric models on the way, it is hoped that in the near future, more motorists will feel that an electric car is within their reach and a practical solution.
Models such as Renault’s Zoe, expected to cost from £13,650 after the Plug-in Car Grant when it launches early next year, will help bring electric cars into the reach of a greater audience of car buyers.

“Electric cars are often criticised for their high price and limited range, but the market is still very much in its infancy. It is understandable that many people will say that electric cars are too costly.

The same was true of the combustion car once upon a time, when that market was developing” explains the website’s editor, Faye Sunderland.

“But there is a future for the electric car, where the prices come much more in line with traditional rivals. When we start to overcome the price hurdle, we expect that many people will find that electric cars are suitable for their needs. Adjusting to an EV’s range and recharging needs seems to be much less problematic, as our research suggests,” she adds.