Volkswagen Up is World Car of the Year 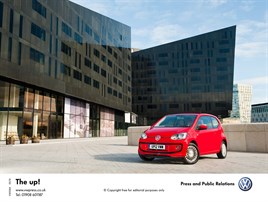 The Volkswagen Up has been honoured as the 2012 World Car of the Year, beating 33 other nominees to the coveted title.

“This award shows once again that in the Up our designers and engineers have created a vehicle that has been thought through in minute detail. A vehicle that sets standards in its class for efficient use of space, safety, motoring fun and environmental compatibility,” said Professor Dr Martin Winterkorn, chairman of the board of management of Volkswagen AG.

Now in its ninth year, the World Car jurors hail from 25 countries and are appointed by the World Car Steering Committee on the basis of their expertise, experience, credibility, and influence.

For more on the ninth annual World Car of the Year awards, visit www.WCoTY.com.