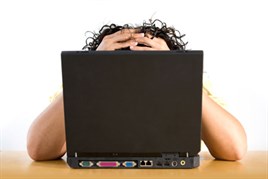 Lex Autolease, which operates a fleet of 280,000 vehicles, undertakes P11D reporting on behalf of a number of customers. However, a computer system error has meant that vehicle list price data used to compile individual employees’ P11D returns was, in some cases, incorrect.

The leasing giant said it was particularly an issue in relation to rental vehicles but refused to say how many companies were affected.

However, Fleet News has been told that the processing error meant that in some cases vehicle discounts were taken into account in calculating P11D data.

As a result, some P11D notices calculated benefit-in-kind tax due on cars with taxable values that were incorrect by up to £2,600.

Strategic outsourcing and energy services company Mitie, which has around 10,000 drivers including 3,000 company car drivers, receives the majority of its P11D data from Lex Autolease and was one of the organisations affected.

The company’s head of fleet management, Justin Patterson, said the error was discovered while undertaking a P11D reporting dummy run ahead of uploading data to HM Revenue and Customs (HMRC). It is still assessing the scale of the problem.

He said: “We spotted that data was incorrect prior to it being sent to HMRC. “However, not all fleets that have outsourced P11D reporting may be so diligent in carrying out pre-checks."

The incident came to light as Fleet News launched an investigation into the extent of incorrect tax codes being issued to company car drivers by HMRC.

Fleet News has discovered that 360,000 of up to 18 million tax notifications in recent weeks could be wrong. However, in this particular case the blame lies with a computer system at Lex Autolease.