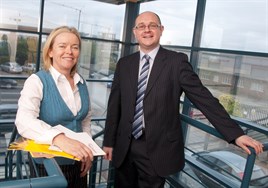 The Right Fuelcard Company, based in Leeds, is expecting turnover to reach £200 million by the end of 2014 after securing an £8 million asset based finance facility from Lloyds TSB Commercial Finance.

The business, which was established in May 2011 by a team who are part of the Bayford Group, provides businesses with Shell fuel cards.

This saw its customer base escalate from several hundred to over 20,000 businesses.

Over the past six months, The Right Fuelcard Company has increased headcount from seven to 21.

As a result of the acquisition and supporting funding facility, The Right Fuelcard Company is on track to take turnover to £200 million by mid-2014 and is looking to further increase its staff base.

Liz Slater, managing director of the business and its parent company the Bayford Group, has previous experience in the fuel card sector with Be Fuelcards, another group business, which sells BP fuel cards.

Slater said: “After a relatively short time trading our new venture, we completed the acquisition of Total, which grew the business on a huge scale, virtually overnight.

“To service this increased demand, we found we needed a supporting cashflow facility. Fuel cards are based on credit and require a high level of liquidity to support the number of customers we deal with on a daily basis.

“The finance facility from Lloyds TSB Commercial Finance will be instrumental in supporting our rapid expansion.”