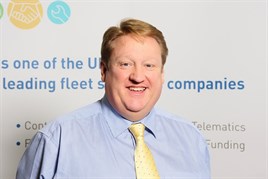 Staffordshire-based fleet solutions business Motiva Group has invested £5 million in new vehicles – with £3 million of that being spent in the local economy.

The Stoke-on-Trent group has bought more than 150 cars, vans and trucks from North Staffordshire franchises over the last six months.

These have been added to the rental portfolio the business runs under the M-Way brand, bringing its daily rental and short-term lease fleet to more than 650 cars and commercial vehicles.

Newcastle-under-Lyme based Greenhous Fleet Shop has supplied Vauxhall cars and vans, while VW vans and DAF trucks have come from Imperial Commercials in Cobridge, Stoke-on-Trent.

DAF and Iveco trucks have been supplied by Guest Truck and Van in Etruria, Stoke-on-Trent, and Cobridge dealership Mercedes-Benz of Stoke has delivered cars.

Peter Davenport (pictured), chief executive at Motiva Group, said: “It’s important that when fleet firms get the opportunity to invest, they consider doing that in the local economy.

“A lot of the £5 million we have spent will stay in North Staffordshire, filtering down into the manufacturing, service and retail sectors and helping to preserve jobs.

“The majority of us here are North Staffordshire born and bred and we want the area to prosper. Don’t get me wrong, we’re not a charity. But we feel a responsibility to build relationships with local suppliers and go that extra mile with them so we can keep money here.”

Motiva Group, which has a turnover of more than £40 million, is headquartered on Shelton Old Road in Stoke and it operates a second site in the city at Bucknall.

As well as M-Way rentals, it specialises in fleet management and contract hire through its Motiva Vehicle Contracts division, and vehicle tracking technology through the Motrak brand.

Davenport led a management buyout in 2006 and the group now runs a contract hire fleet of more than 4,500 vehicles and it has access to more than 25,000 rental vehicles through partnership agreements across the country.

The demand for M-Way cars has been fuelled partly by the downturn and the uncertainty of the economic outlook.

He said: “We introduced a product called Lite-Lease a few years ago, which fills the gap between rental and contract hire.

“It basically gives you a lot of the advantages of contract hire without the need to commit to a long-term agreement.

“Over the past couple of years that has proved really popular with businesses that were uncertain about how their markets were going to perform in the downturn.

“Now a lot of customers are seeing an upturn and they are starting to recruit again. There is still a lot of uncertainty, though, so probationary periods for new recruits are popular and Lite-Lease is attractive in those situations.”