Openreach identifies under-used vehicles and saves up to £10 million 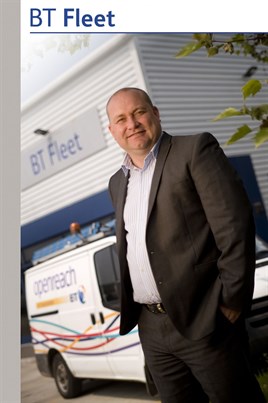 A painstaking examination of one of the country’s biggest fleets has delivered significant savings by identifying thousands of under-used vehicles.

“Our reasoning was two-fold,” explained Duncan Webb, Openreach’s fleet director. “We wanted to ensure that our fleet was working as efficiently as possible and re-invest any savings in our core business.”

No stone was left unturned by BT Fleet as it methodically sifted through the different data sources of its parent company’s fleet operation.

It developed a diverse series of tests to identify vehicles it believed could be used more efficiently, involving close analysis of telematics, fuel, service, maintenance and repair spend and usage patterns.

David Bowen, managing director of BT Fleet, said: “We believed there was an opportunity to analyse Openreach’s fleet operations in greater detail and make significant savings.”

A team of 12 people was put together and charged with finding where it could find efficiencies and reduce costs.

“It was very methodical,” said Webb. “Each vehicle was looked at on a monthly basis, with the team studying a huge range of data.”

BT Fleet’s ‘vehicle utilisation programme’ was able to paint Webb a precise picture of where the business was not making the most of its assets.

He said: “It was able to shine a light on our complete operation.”

Openreach has saved £8-10 million in leasing costs alone in the last year and it’s aiming to reduce its fleet by a further 800 vehicles during the next year.

It has also avoided capital expenditure of more than £20 million by paving the way for existing vehicles to be refurbished and put back into use by engineers.

Webb explained: “As with many companies, fleet is one of Openreach’s largest areas of discretionary spend, therefore such significant cost savings are fantastic news for our business.”

Openreach is spending £2.5 billion to deploy superfast broadband to two thirds of UK premises by the end of 2014 and Webb told Fleet News that these savings will go towards tools, training and equipping its teams to make the UK a leader in the broadband world.

But now armed with a proven level of success, BT Fleet is also turning its attention to help its other customers follow suit.

“We have reduced its annual running costs and are now in a terrific position to offer our other customers the same in the coming months,” said Bowen.

“Our customers depend on us to maintain a professional working relationship that inspires openness, honesty and transparency – we are as much business partners as we are promoters of best practice.”

The majority of BT’s 33,000 strong fleet is attributed to Openreach – its engineering division – the team responsible for the installation, support and maintenance of the wiring, fibres and connections that link tens of millions of homes and businesses in the UK.