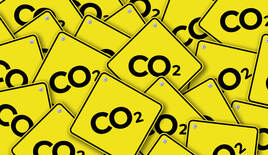 The European Commission has put forward proposals to implement targets that will further reduce CO2 emissions from new cars and vans by 2020.

The mandatory targets for 2020 are already envisaged in existing legislation but require implementation.

Following thorough technical and economic analysis by the Commission, the Regulations proposed establish the modalities by which the targets would be achieved.

Connie Hedegaard, EU Commissioner for Climate Action, said: ''With our proposals we are not only protecting the climate and saving consumers money. We are also boosting innovation and competitiveness in the European automotive industry. And we will create substantial numbers of jobs as a result. This is a clear win-win situation for everyone. This is one more important step towards a competitive, low-carbon economy. More CO2 reductions beyond 2020 need to be prepared and these will be considered in consultation with stakeholders."

Overall, consumers will save around €30bn per year in fuel costs and it is estimated that the targets could increase EU GDP by €12bn annually and spending on employment by some €9bn a year. The proposals would in total save 160 million tonnes of oil – worth around €70bn at today's prices - and around 420 million tonnes of CO2 in the period to 2030.

The proposals will be submitted to the European Parliament and the Council for discussion and adoption under the normal legislative procedure.

The proposals would amend two existing Regulations establishing binding requirements for manufacturers to meet the 2015 mandatory target for cars and the 2017 target for vans.

Implementing measures for the Regulations are already in place and CO2 emissions from new vehicles are monitored annually.