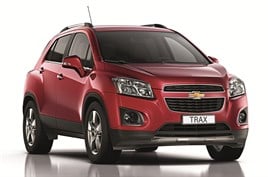 Chevrolet will unveil a new compact car at the Paris Motor Show to compete with the Nissan Juke and Kia Soul as well as its sister car the Vauxhall Mokka.

Measuring just over 4.2m long, the Trax will offertwo pwtrol engines plus a diesel as well as an on-demand all-wheel drive system.

The Trax has sufficient space to accommodate five adults and Chevrolet says it will feel agile both on road and off road.

In Europe, Chevrolet will offer a choice of a 1.4-litre turbocharged petrol or a 1.6-litre petrol engine as well as a 1.7-litre turbodiesel engine. 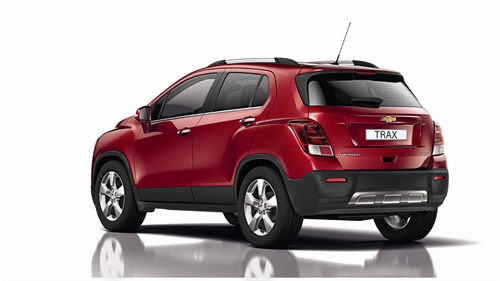 The 1.4 uses a six-speed manual transmission, producing 140bhp and produces a maximum torque of 148lb-ft. The AWD system is available on variants that come with the 1.4 or the 1.7-litre diesel engine.

The diesel produces 130bhp and a maximum torque of 221lb-ft. All powertrains with manual transmission come with start/stop functionality. Both the diesel and the 1.4T petrol engine will also be offered with a six-speed automatic transmission.

As well as a 358-litre boot, there are various bins above and on both sides of the centre stack, as well as a tray under the passenger seat. Further stowage can be made available under the cargo floor.

In addition to a 60/40 split rear seat, the Trax has a front passenger seat which can be folded flat, offering additional flexibility in the segment. A total of eight seating combinations can be selected.

Higher grade versions will be equipped with Chevrolet MyLink as standard. Chevrolet MyLink is an infotainment system that aggregates content from smartphones onto a seven-inch, high resolution, full colour touch-screen display. 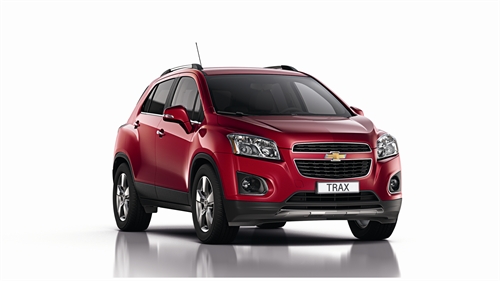 As of this winter, MyLink will feature a navigation app which can be downloaded onto compatible smartphones. It will project the route calculated by the smartphone onto the system’s touch-screen.

The Trax will be equipped with six airbags, and various safety features linked to ABS and electronic stability control, it will also offer Trailer Stability Assist (TSA) and Hill Descent Control (HDC) as standard on LT trim vehicles.