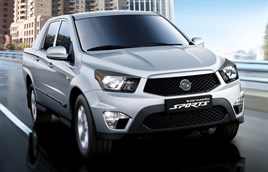 SsangYong will add a second commercial vehicle to its range in October, with the launch of the Korando Sports pick-up truck.

Unlike most double-cab pick-ups the Korando Sports will not have a tonne payload, but the company's UK managing director Paul Williams believes it will appeal to business users as well as some retail customers.

He also believes better engine refinement, a more sophisticated suspension set-up and a longer warranty than is typical on a pick-up truck will help win new customers. The Korando Sports will join the commecial vehicle version of the Rexton in the range.

"The industry has misled itself into this myth that a tonne payload is needed for commercial vehicle classification," Williams told Fleet News. 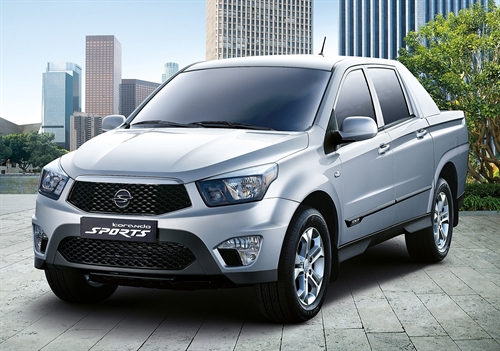 "It came in at the time when the BIK tax loophole encouraged people to choose a pick-up truck instead of a company car to avoid high BIK tax bills.

"Althought he Korando Sports doesn't have a tonne payload, it's a very capable vehicle and will tow up to 2,300kg."

Although the Korando Sports shares its name with the SsangYong crossover vehicle launched earlier this year, the pick-up is substantially different with a body-on-frame construction rather than monocoque. 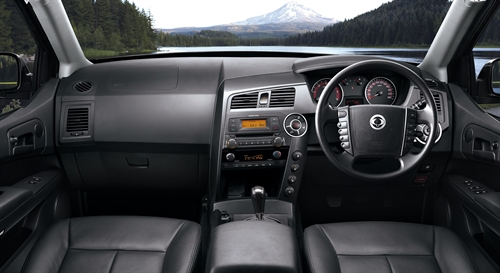 However, it has double wishbone front suspension and multi-link, coil-spring rear suspension, making it feel more agile on road than typical trucks.

Williams added that SsangYong will also introduce a compact car in 2013 - based on the XIV concepts and a rival to the Nissan Juke and Vauxhall Mokka - with a choice of new in-house 1.6-litre petrol and diesel engines.

Prices for the Korando Sports, which Williams insists will be "compelling", will be announced when dealer deliveries begin in October.