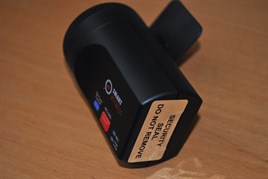 Video footage captures the moment a Ford Galaxy swerves violently across a motorway and collides with a lorry in a whiplash scam. In the aftermath of the smash, four whiplash claims were filed leaving the haulier with a potential claim of up to £75,000.

Amazingly, the occupants of the Galaxy blamed the lorry driver for the crash - even though they had driven right into his path across three lanes of the M25. They hoped to make a fortune in compensation for their injuries. But the insurance nightmare was avoided because the lorry had a Smart Witness accident camera fitted to the dashboard.

It was clear from the footage that the recklessness of the driver at the wheel of the people carrier had caused the crash and the dispute was quickly dismissed within days.

Around 550,000 whiplash claims a year are filed in the UK, but insurance experts have estimated that up to 60 per cent are bogus.

It makes the ‘cash for crash’ scam a £1 billion-a-year fraud. The shocking figures were given to MPs by insurers who said the UK had now become the ‘whiplash capital of the world.’

According to the AA, since 2006 there has been a 60 per cent rise in the number of personal injury claims while the number of reported accidents on UK roads has fallen by 20 per cent over the same period.

Fraudsters running ‘cash for crash’ scams which stage fake car crashes and then file claims for personal injury and damage to their vehicles have also blighted the insurance industry. Whiplash claims boosted by no-win, no-fee claims are adding up to £90 to the average UK policy.

Many motorists have been able to reduce their premiums after fitting the cameras. The cameras, a bit like a black box journey recorder, fit onto the windscreen, are powered through the car's cigarette lighter or can be directly wired in.

They record the driver's view of the road ahead and also monitor the car's location, speed, breaking and impact G-forces. If a motorist is innocent in an accident, this is all the proof they will need.

In this new video released by Smart Witness, the Ford Galaxy can be seen quite clearly driving at speed past the lorry which is travelling in the slow lane of the motorway at 55mph - well within the 70mph speed limit. The people carrier driver reacts too slowly when other vehicles brake ahead of it.

The drive brakes violently, causing the people carrier to swerve across all three lanes and into an unavoidable collision with the blameless driver of the truck. Because the Galaxy had been hit from behind by the truck, the occupants pressed ahead with their whiplash claims.

The truck driver was relieved that the Smart Witness accident cameras proved conclusively that he was not to blame.

Smart Witness managing director Simon Marsh said they had seen a surge in demand due to the on-going problems of bogus whiplash claims.

He said: "This is real problem, particularly for hauliers and fleet managers who are running large numbers of vehicles and could be targeted by these fraudsters every week.

"This new video perfectly illustrates the problems responsible motorists face. The lorry driver was travelling well within the speed limit when the people carrier swerved directly in front of him to avoid hitting another car in the fast lane.

"The haulier was very surprised to be on the receiving end of a four whiplash claims for £75,000. Drivers can often feel like they are on shaky ground when they go into the back of another vehicle, particularly if there are no reliable witness to explain what happened.

“Blame is nearly always attached to the driver who hits the vehicle from the rear. However, in this case, there was a reliable witness, the Smart Witness camera. It showed that the lorry driver was blameless and the occupants of the Galaxy had a real cheek blaming him for what happened.

"Who knows what would have happened if these cameras hadn't been there to reveal the truth."