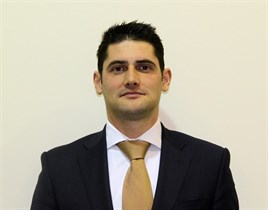 Alasdair Maclachlan, formerly Viezu’s general manager, is promoted to the role of operations director. In his new role Alasdair is responsible for overseeing the business’ sales, marketing, non-dealer and customer services, as well as fleet operations.

Simon White is appointed Viezu’s new technical director. Simon joined Viezu at the firm's launch in 2008 and has since progressed to run Viezu’s fuel saving and emission reduction R&D programme. For the past two years he has led the technical team. Simon now takes on the Viezu Technical Academy and training programmes, as well as management of the expanding technical team.

Simon’s appointment as technical director sees him replace Jason Heitmann, who is leaving Viezu Technologies. Jason has been part of Viezu since the company was founded in 2008. After five years he is moving on to develop personal interests.

“We’re delighted to have the new team in place for 2014,” says Viezu CEO Paul Busby. “Business is already looking very promising for next year as the savings Viezu can deliver are being realised by more and more customers wanting to reduce their vehicle running costs.”

Viezu continues to grow year on year and last year was responsible for tuning 24,000 vehicles for BT Fleet, reportedly saving the company over £4million in fuel each year.