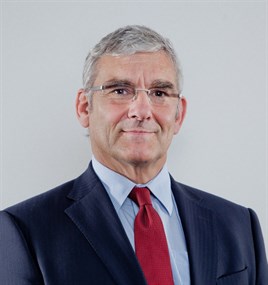 Branch will be responsible for Northgate’s UK operational strategy across its network of 67 branches and 55,000 vehicles and will be the newest addition to the UK management team.

Previously working as regional operations manager for Northgate, Branch was responsible for the financial and operational performance of the branch network in the north.

The new position will see him take charge of Northgate’s national operational performance.

Within his new role, he will also be responsible for the rental and workshop areas of the company, as well as the company’s customer support centre in Darlington.

He said: “Having worked with Northgate for a number of years I am delighted to be afforded this opportunity to complement the existing operational strategy and drive it forward.

“2014 is set to be a busy year, with plans already in place to expand the company’s existing network of 67 branches to 90 in the next two to three years - effective operation is key to its success, so it’s a very exciting time to be appointed as UK operations director.”

Bob Contreras, CEO for Northgate Vehicle Hire, added: “Stephen already has a proven track record and his leadership within the operations team and improvements achieved means this appointment is well deserved.

“There have been many changes throughout the company in recent years, with a particular focus on investment in our systems, people and infrastructure.

“Stephen’s appointment complements this activity and ensures our continued focus on the delivery of quality customer service, as we grow our business.”

Northgate has sites across 67 locations in the UK, with its head office in Darlington.