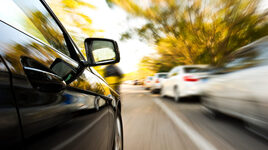 The Government is introducing a new offence of driving or being in charge of a motor vehicle with a specified controlled drug in the body.

The new offence is included in the Crime and Courts Bill, currently before Parliament.

The Government has published findings from its panel of medical and scientific experts providing technical advice on drugs to potentially be covered by the new offence.

The Government will carefully consider the Panel’s recommendations.

Later in the year the Government will make specific proposals regarding the drugs to be specified in regulations for the new offence. These proposals will be subject to a public consultation.

After taking account of any responses received, regulations containing the final proposals would then need to be approved by Parliament before they could become law.

IAM director of policy and research Neil Greig said: "Setting limits based on a drug's effect on driving opens up a whole new approach to enforcement and sends a very strong message that it is unacceptable to have drugs in your system behind the wheel.

“The IAM is also very encouraged by the panel's finding that drugs mixed with alcohol are an extra danger and the setting of lower limits when alcohol is present is very good approach.

"We also support the panel's finding that more research is needed such as routine blood sampling at road traffic crashes to quantify the exact level of drug driving.

“This is a complex issue and awareness raising campaigns for drivers, patients and the medical profession must be a top priority.”

Edmund King, AA president, said: “The AA has been campaigning for five years to tighten up enforcement of drug driving.

“Official figures suggest there are approximately 200 drug-related deaths on our roads each year but we believe that the figure is much higher as victims aren’t always routinely checked for drugs after crashes.

“The AA held a round table with the Home Office, police, Department for Transport, and medical and addiction experts on this issue in 2008 so is pleased to see progress at last.

“The experts have suggested drug limits set to mirror the limits for drink driving. If alcohol and drugs are both present, then the drug limit will be set lower.

“We know in the past that some young drivers have avoided drug detection by taking a small amount of alcohol so that if stopped they would not fail a breathalyser.

“Ultimately the success of any new offence will be down to police enforcement, education and resources.”

The new offence would also remove the need for police to carry out the somewhat cumbersome Field Impairment Tests (FIT) of standing on one leg etc.

“We assume that more drug driving suspects would be screened and given blood tests at police stations and would be charged if over the specified drug levels,” added King. “We hope that the new offence will deter drug drivers from driving with any level of illicit drugs in their system.”