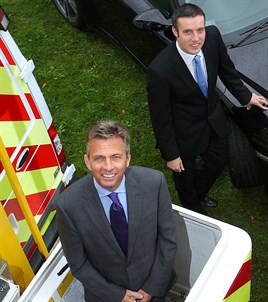 Vehicle rental supplier Nexus Vehicle Management has been listed for the second consecutive year in the Sunday Times Profit Track 100, a national league table of private companies with the fastest growing profit over the past three years.

The company’s success is largely due to its booking tool, IRIS, which last year celebrated its one millionth booking.

Nexus is one of only three vehicle rental companies listed in this year’s report, of which the company received the highest listing.

Chief executive Neil McCrossan and his team acquired Nexus in 2008 for £11m with backing from Isis Equity Partners and profits have grown consistently since. Growth has been driven by technological innovation and focus on customer service.