UK is the ‘whiplash capital of Europe’ 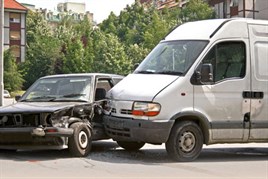 Eight out of 10 personal injury claims following road traffic accidents are now for alleged whiplash – more than twice the average of France, Spain and the Netherlands, research from the ABI suggests.

The full extent to which the UK’s compensation culture has led to an epidemic in whiplash claims is set out in the ABI’s submission to the Transport Select Committee inquiry into whiplash.

• In the UK 78% of personal injury claims following road accidents are for whiplash, twice the average percentage of whiplash claims across Europe. It compares to 30% in France and Denmark, 31% in Spain, 35% in the Netherlands and 68% in Italy.

• Despite the 20% fall in injuries reported to the police between 2006 and 2011, the number of personal injury claims made by third parties has jumped by.40%.

“But the harsh reality is that the UK remains the ‘whiplash capital of Europe’, with our ‘have a go’ compensation culture making whiplash the fraud of choice for many.

“With an annual whiplash bill of £2 billion adding an extra £90 a year to the average motor premium tough action is needed to tackle this problem.”

The ABI’s proposals for tackling the UK’s whiplash epidemic are:

• Ensuring a simple and speedy way of settling low -value claims by increasing the Small Claims Track Threshold from £1,000 to £5,000.

• Setting out a fair and transparent method for calculating compensation for minor whiplash injuries, which is set independently.

Dalton added: “Our proposals will ensure that genuine claimants receive access to justice at a proportionate cost, while driving out fraudulent and exaggerated whiplash claims that increase the cost of car insurance for honest motorists”.

Meanwhile, the Motor Accident Solicitors Society (MASS) is calling for an end to the ‘have a go’ culture that it says is endemic across British society and which has contributed to an increase in fraudulent motor accident claims.

MASS believes that all institutions must come together to better educate society about the true cost of so-called ‘soft crimes’ like making a spurious or exaggerated claim.

MASS chairman Craig Budsworth said: “The Government must recognise that problems within the motor insurance industry are being replicated across many areas of society.

"The way to tackle this is not by introducing one-size-fits-all changes that will also prevent legitimate recompense for victims, but a more holistic approach that includes addressing wider social and cultural issues.

"People need to understand that making a fraudulent claim may, if undiscovered, bring short-term financial reward, but ultimately leads to increases in everyone’s insurance premium as the costs are passed on.

"Until the root cause is tackled, those who wish to ‘have a go’ will at least seek to do so."