Peugeot has revealed the first images of the new 308, which will make its world debut at the Frankfurt Motor Show in September before arriving in the UK in January 2014.

The car uses a new platform and plays a key role in the car’s considerable weight reduction, by an average of 140kg compared to the current generation Peugeot 308.

New technology has allowed many of the vehicle’s major components to be reduced in size – also cutting overall weight – leading to significant reductions in CO2 emissions. As a result, this new Peugeot 308 establishes a new best-in-sector CO2 benchmark, with one model offering CO2 emissions as low as 85g/km. 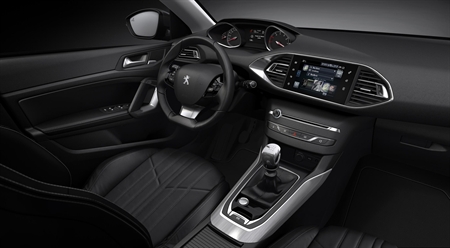 Clutter has been reduced on the dashboard by the location of many functions in a 9.7-inch touch-screen display and a design concept Peugeot calls i-cockpit.

The new 308 is shorter than most lower-medium hatchbacks at 4.25m long and most models in the range will feature full LED headlamps.

Peugeot is keen to emphasise that the 308 is part of its plan to move the brand upmarket, which began with the 208 and 2008. Early signs suggest the market is beginning to accept Peugeot's strategy with improved residual values forecasts for the 208.

Full prices and specifications will be revealed closer to the car's introduction, but the range is expected to start at around £16,000. 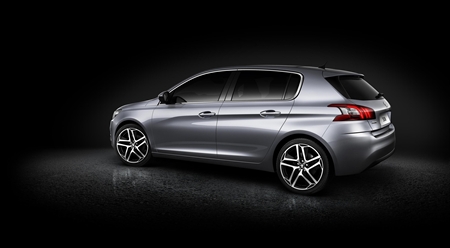